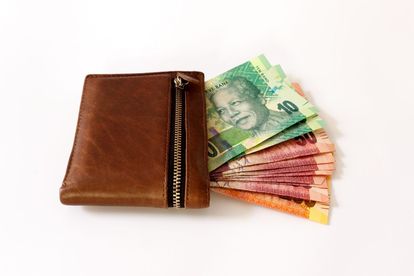 The rand was unable to further its winning streak in the forex space last week, and the emerging market currency appears to have lost its recent momentum.

Over the past two months, the rand has benefitted tremendously from the market forces at play. The ZAR strengthened due to the Ukrainian conflict, a coinciding surge in commodity prices and a significant uptick in export demand. Since the beginning of the year, the rand has appreciated by 8% – 10% against the three major developed market currencies – GBP, USD and EUR.

South Africa’s balance of trade skyrocketed in February, as the country’s trade surplus came in at R10.6 billion. The significant rise, from a trade surplus of R4.07 billion in January, highlights the recent surge in demand for South African exports. This helps to tie in the recent strengthening of the rand with real economic data, further explaining the rand’s recent forward momentum.

However, the ZAR experienced a partial correction in the trading rounds last week, after two months of consistent gains. The GBP/ZAR pair appreciated by 0.25% last week, closing off at R19.21. USD/ZAR followed suit, moving 0.70% higher during weekly trade. After opening at R14.55, the USD/ZAR pair ended around the R14.65 level.

While the rand ended in the red against most major currencies, its most notable move was against the EUR. With the Euro finding its footing again, the EUR/ZAR pair made a 1.43% move to the upside. The rand closed at R16.20 against the EUR, after kicking off the week at R16.00.

The South African unemployment rate for Q4 of 2021 was released last week, rising to 35.3%. Although staggeringly high, these figures were in line with expectations, up from a previous reading of 34.9%. The number of unemployed people also increased by 300,000, from 7.6 million to 7.9 million.

This week will yield little significant South African data, with nothing aside from the manufacturing data scheduled for release. The most notable global event this week will be the release of the FOMC minutes. This will provide further insight into the psyche of the Federal Reserve, as it attempts to balance the benefits of stimulating economic growth with the consequences of rising inflation. Market analysts will likely keep their eyes on the new developments in Europe in order to gauge the impact of the Ukrainian conflict on financial markets.

US: Balance of trade (February)