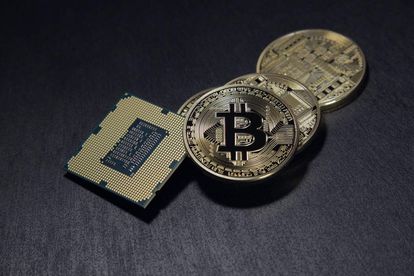 If you were hoping to create a crypto startup in 2019 and start printing your own money, proverbially speaking, a new law may make it a little bit harder for you to cash in on your fortune in crypto.

In short, companies in South Africa can benefit from an R&D allowance, a substantial income tax incentive. According to SARS, the main aim of the Research & Development incentive is “to encourage South African companies to invest in scientific or technological research and development.”

What does this mean for South African companies?

However, according to an article by Robert Hare, a senior associate at Bowman, a new amendment to the tax code could make it impossible for tech companies to benefit from this allowance in the future.

The draft Taxation Laws Amendment Bill which was published for comment by the public back in July classified cryptocurrency as a financial instrument for taxation purposes.

The unintended consequence of this could be that any South African company looking to enter the cryptocurrency space will have to do so without being able to access the tax benefits from the R&D allowance.

How will it impact SA’s cryptocurrency R&D

Tech startups are notoriously expensive to get up and running, and often endure a long development phase requiring hardware acquisition and coding of intellectual property; the kind of things the allowance would typically assist with.

But by classifying cryptocurrency as a financial instrument, which would generally be a combination of capital and legal expertise, it could become problematic for any startup which thought they’d be able to benefit from this tax incentive.

Depending on the interpretation of the proposed new law, producing a cryptocurrency or related product might not constitute scientific or technological development, Hare explains.

SARS hasn’t released a statement yet to explain the changes or give insight to their reasons for amending the tax law. Hare remarked:

“South Africa desperately needs to grow its economy and create skills and jobs. The country can move towards these goals by positioning itself as a leader in fintech on the African continent, and by creating a regulatory framework that will encourage entrepreneurs from around the world to anchor their fintech businesses here. For the reasons explained above, the supposedly small change of categorising cryptocurrency as a financial instrument is an unnecessary step in the opposite direction.”

The bill is still a draft, and the public is encouraged to comment and make submissions on the issue.

When #cryptocurrency is in your blood.. ?$uuu $eth $btc $cnn $zil $xrp pic.twitter.com/kgBJQZF2nW