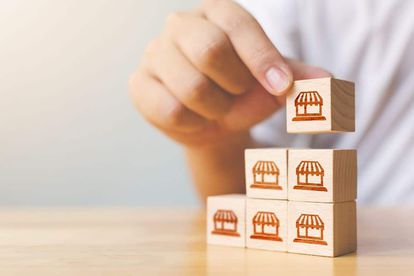 If so, it would likely be a wise move to first check what your current offshore exposure actually is – it could be higher than you think, just by already being invested in a typical South African balanced fund.

It’s important to remember that the FTSE/JSE All Share Index (ALSI) has globalised in the past two decades, and this trend continues. Only a year ago some 55% of the earnings from companies listed on the ALSI were sourced from outside of South Africa, and this figure now stands at 59% as the rand depreciates versus developed market currencies and companies expand further abroad for profits. The listed property sector is also surprisingly globalised, with 31% of the All Property Index’s earnings originating offshore. That can give your ALSI-listed portfolio some solid offshore diversification, depending on the companies you’re exposed to. Equally, it means you are not as likely to be as negatively impacted by South Africa’s current growth slump as you might fear.

Graph 1 shows a selection of ALSI-listed companies with large portions of their earnings sourced from offshore. While Naspers is well known, others that may be less in the spotlight include UK-based financial services group Quilter and IT specialist Datatec. And although the resources companies have long been strong rand-hedge plays (like BHP, Anglo American, Glencore, Mondi and Sappi), South Africa’s industrial businesses such as Bid Corporation and Imperial have also been increasingly successful globally. Chances are, you’re already likely to be exposed to several of these companies in your existing SA portfolio given how large they are in the ALSI and their attractive diversification benefits.

And what about a typical SA “Balanced” unit trust, the most popular type of unit trust used by South Africans? We can use Morningstar data to see the asset allocation of the average unit trust in the ASISA Multi-Asset High-Equity category, and in turn get an estimate of its offshore exposure.

Meanwhile, using the above measure, the Prudential Balanced Fund currently has approximately 52.2% offshore exposure, just slightly less than the category average. This is due to our preference for the local equity market, which is much cheaper than its developed market counterparts. SA equities have a weighting of 45.8% in the fund (as of 31 August 2020), with some of the largest holdings including global giants like Naspers, Prosus, British American Tobacco and Anglo American. Even with its current overweight positioning in domestic equities, the fund still has over 50% of its exposure in offshore assets.

How much offshore is enough?

Each individual investor has their own goals, investment timeframe and risks to consider when determining how much offshore exposure would be appropriate to include in their portfolio. The diversification benefits of offshore investments are certainly well established. What is most important is not to react emotionally in difficult local market conditions and decide to take extreme measures like taking your entire portfolio offshore. Doing so now would mean that you are buying expensive assets with a cheap rand. Rather, work with an experienced financial adviser to understand what your current exposure actually is, and what it should be based on your future requirements.

For more information on the Prudential Balanced Fund and other solutions for longer-term investors, visit the Our Funds section of our website. Alternatively, please feel free to contact our Client Services Team on 0860 105 775 or email us at query@prudential.co.za.