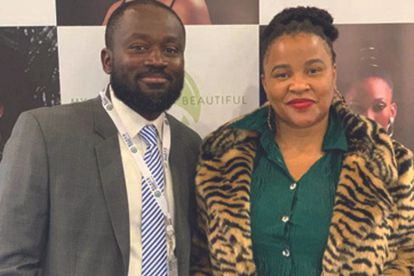 GirlBoss SA is offering females between the ages of 16 and 25 an opportunity to train, be mentored and go through practical job-shadowing to be fully equipped to start their own network and pop-up business.

Launched in 2018, GirlBoss is part of the AfroBotanics Group, which produces various beauty and eco-friendly hygiene products.

The Group was invited by the Department of Trade, Industry and Competition (dtic) to showcase its brands at the first Black Industrialists and Exporters Conference that was held at the Sandton Convention Centre recently.

In his opening remarks, President Cyril Ramaphosa said the conference was held to recognise and celebrate the successes of the Black Industrialists Programme, which aims to secure greater diversity in ownership and control in the economy and promote emerging enterprises to drive inclusive industrialisation.

“Over the past six years, the dtic, Industrial Development Corporation (IDC), National Empowerment Fund and other agencies have supported approximately 900 black industrialists. Over the past 11 years, black enterprises have been supported to the value of R55 billion,”

Estimates by the IDC suggest that the programme’s socio-economic returns have been even more far-reaching, including supporting and creating 55 000 jobs and adding over R160 billion to South Africa’s gross domestic product, said President Ramaphosa, who visited the AfroBotanics stand and promised to visit its factory in future.

“We were humbled to share our vision with President Ramaphosa for a collaborative South Africa wherein everyone has equal access to opportunities, and we are keen on being part of the process of South Africa moving from an emerging market to a newly industrialised one. To do this, we need to have an economy where everyone is able to actively participate,” says GirlBoss’s Managing Director Syndi Anikwa Khathwane.

ALSO READ: Zikalala helps after family denied to bury their loved one by a Chief

“Our core mission is to provide information to girls that will empower the way they see themselves and the world around them,” says Khathwane.

“Our inspiration came from the fact that we were raised by amazing women. My sister Ntombenhle Khathwane, the founder and CEO of AfroBotanics, and I have always understood that women’s roles are important and that being a girl child does not mean you are less than anyone else,”

GirlBoss is constantly looking for ways to tap into the community to ensure empowerment, and conducts community work through various partnerships, including with the Sunrise Academy.

It also launched the Sebenza Girl Campaign in July. “The campaign heeds the President’s call to goal-set through youth unemployment and aims to assist GirlBosses to increase employment equity while actively participating in boosting the economy,” Khathwane explains.

“They will achieve this through a self-awareness process, followed by strategic workshops to arm them with tools needed to goal-set through unemployment by accessing a network and pop-up business opportunities from GirlBoss and other stakeholders,”

Young women can become part of the GirlBoss community by formalising themselves into groups of 30 to 50 participants and then contacting their closest Thusong Service Centre, which GirlBoss works with.

“If a group shows resilience and has a free venue for us to conduct our ignition camps from, we will be there,” Khathwane explains.

Women who are unable to form a group can reach out to GirlBoss on social media (@girlbosssa) or send an email to info@girlboss.co.za(link sends e-mail). “We will ensure they get to be part of a group in their vicinity,” says Khathwane.

Since 2018, over 1 200 women have been assisted through GirlBoss Summits, over 800 have taken part in the GirlBoss and Sunrise Academy Ignition Camps, and over 50 000 have been reached via social media, says Khathwane.

GirlBoss’s products are available at Dischem and Pick n Pay.