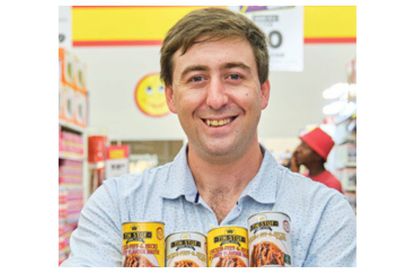 A taste of home, in a can! Image: GCIS Vuk’uzenzele

A taste of home, in a can! Image: GCIS Vuk’uzenzele

Growing up in rural Limpopo with tasty chicken feet and necks as one of his most-loved meals inspired entrepreneur Eiren Drake (27) to can the widely enjoyed traditional dish for all South Africans to enjoy.

Drake, the Founder of Tin Stuf, says he was lucky to be exposed to chicken feet, necks and pap as a child.

Born in Tzaneen, Drake spent most of his weekends with his grandparents on their timber farm in George’s Valley. He spent a significant amount of time with his late grandfather’s employees, whose children were his friends.

“This is when I was introduced to chicken feet, which is still one of my favourite meals,”

Later in life, when Drake became aware of the importance of food security, he developed an interest in different preparation methods for traditional South African foods.

“There is a lack of access to affordable, nutritious protein, especially meat products. This is where the idea for Tin Stuf came from. My grandfather, was my father figure, was the brain behind the innovation,”

He explains that it’s hard for many people to obtain chicken or meat, as they have to travel to places that are hard to reach. “They also don’t have a freezer and can’t afford electricity. This ignited my passion to find a solution to these challenges,” says Drake.

ALSO READ: CAPE TOWN WEATHER: HERE’S HOW MUCH RAIN WILL FALL IN THE NEXT 48 HOURS

While Tin Stuf was registered in 2017, its canning facility only commenced commercial-scale operations in early 2020. The factory now employs 35 people, including several of Drake’s childhood friends who introduced him to the dish.

“They are the very people behind our innovation to develop a new product concept and our inspiration to follow through and attempt to launch it,”

“I have the capacity to double this number of employees, with the introduction of a night shift, if the demand for the product continues to grow,”

In February 2022, Drake was approached by the Shoprite Group and agreed to a three-year exclusive deal to supply the retailer.

The product is also available online, via Takealot.com; directly from the factory; and from a few wholesalers and informal retailers in the northern parts of South Africa.

Drake’s advice to the youth is to believe you can be successful. “Decide on your goals and believe in achieving them with unwavering passion. Listen to other people’s advice and do whatever it takes to turn your dreams into reality. You can.”