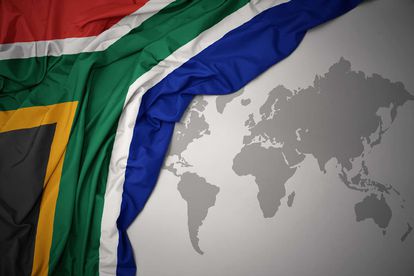 Perception, the marketing experts tell us, is all-important and, for most people, perception is reality.

While South Africans are consumed with concerns about the economy, politics and crime, it seems that there are those around the world who still perceive us as not quite a basket case.

South Africa is a top Mover

According to the latest Best Countries report, South Africa is rated as one of the world’s top 20 Movers (up and coming economies) in 2020. This puts us just behind Israel and Australia. And just ahead of Sri Lanka, Switzerland and Greece. SA is also rated 26th out of 80 countries for Adventure and for Heritage.

The annual report is prepared by the influential US News & World Report in conjunction with the Wharton School of business at the University of Pennsylvania and the BAV Group (a unit of global marketing communications company VMLY&R). Rankings are based on 20 000 interviews with people in 36 countries, and include 65 metrics.

Movers, says the study, are countries that differentiate themselves and have the resilience and momentum to overcome the challenges posed by a world in transition, which carries risks and unpredictability. The Movers ranking is based on an equally weighted average of scores from four country attributes: Different, Distinctive, Dynamic and Unique.

SA scored highly for being Unique and Different. It also rated reasonably well for being Distinctive, but less so for Dynamic.

The top five Movers in the report are the United Arab Emirates, India, China, Egypt and Japan. Interestingly, nations such as the US, Canada, Germany and the other Western European giants failed to make the Movers list.

In the Overall ranking of Best Countries, South Africa was ranked 39th out of 80 – just behind Costa Rica and just ahead of Morocco.

The report notes: “South Africa draws hundreds of thousands of visitors each year eager to see its impressive terrain, wildlife and cultural diversity.

“Although South Africa has come a long way since the end of apartheid in 1994, it remains a country of vast inequality and high crime. While the country is dotted with world-class dining, trendy shops, sprawling vineyards and upscale safari lodges, townships lacking basic infrastructure are often only a short distance away.”

But we’re an untrustworthy lot

The Best Countries in the world are rated as Switzerland, Canada, Japan, Germany and Australia.