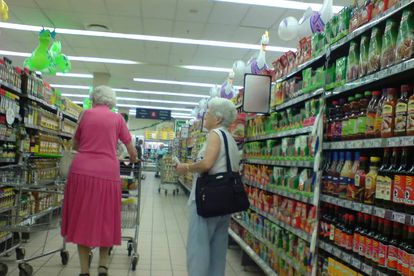 South Africa’s annual consumer inflation edged up to 4% in December 2019, a slight rise from November’s 3.6% figure. This is according to data released on Wednesday 22 January 2020 by Stats SA

The main contributors to the 4% rate were food and non-alcoholic beverages, housing and utilities, transport, and miscellaneous goods and services.

Food and non-alcoholic beverages recorded an annual rate of 3.9%, slightly higher than the 3.5% recorded in November. Bread and cereal prices continue to place pressure on overall food inflation, increasing by 8%, which was unchanged from November’s reading.

Other food items that saw notable price increases in December include fish (up 8.2%) and sugar, sweets and desserts (up 4.7%).

Meat inflation picked up from November’s 1.8% to 2% in December. Meat products that experienced the biggest annual price increases were corned beef, chicken portions (both frozen and fresh) and ham. Stats SA says these increases were offset by falling prices in biltong, bacon and mutton.

Annual inflation for housing and utilities slowed slightly in December to 4.6%, down from the 4.8% recorded in November.

Stats SA measures rental prices every quarter, rather than monthly. The latest data incorporated into the December figures shows housing rental inflation slowing to 2.9% from the previous quarter’s reading of 3.3%.

Transport inflation picked up to 3.3% in December from -0.3% in November, reflecting higher fuel prices. A 22c per litre rise in the price of inland 95-octane petrol between November and December pushed up the annual petrol price increase to R1.06.

The headline rate started the year in January where it ended off in December, at 4%. It peaked at 4.5% in March, May and June and hit its lowest point in November at 3.6%. The November reading was the lowest since December 2010.

The annual rate for food and non-alcoholic beverages climbed slowly but steadily throughout 2019, reaching 3.9% in December compared with January’s 3%.

Bread and cereal prices increased sharply over the year, registering an annual rate of 8,0% in December compared with 2,8% recorded in January.

The 2% annual rate for meat recorded in December was 1.2 percentage points higher than the January rate of 0.8%. Fish inflation also climbed during the year, rising from 5.9% in January to 8.2% in December.

Fuel prices increased by 2.4% in December after starting the year with deflation of -1.2%. Prices of certain public transport services showed very large increases, Stats SA highlighted. Car rental fees increased by 14.9% and long-distance bus fares by 20.6% over the past 12 months.