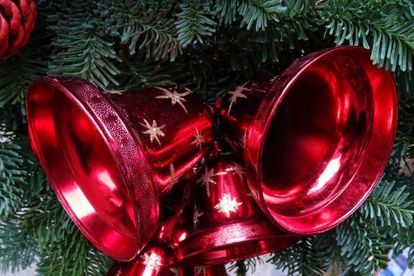 As the festive season gets into full swing, the National Credit Regulator (NCR) is urging consumers to spend their hard earned money wisely.

“We are advising consumers to be cautious of their spending during this festive season and only spend what they can afford. Consumers should not overdo it,” said acting manager for education and communication at the NCR, Jimmy Golele.

Golele said 2018 has been a difficult year for consumers with increasing petrol price hikes, the VAT increase as well as interest rate and electricity price increases. As a result of this, the total outstanding gross debtors book for consumer credit was at R1.8 trillion as at the end of June.

The regulator, which was established under the National Credit Act, is responsible for the regulation of the South African credit industry.

The regulator, which is an agency of the Department of Trade and Industry, said during the silly season, people spend money on unnecessarily on things they do not need as they have additional income in the form of bonuses.

“Additional income such as this can be used to settle debt and also be saved in platforms that will grow the money unlike spending it on things you do not need and those that will finish your money,” said Golele.

The regulator said while spending during the festive season, consumers should think about the New Year which is around the corner.

“The New Year comes with its own expenses such as school uniform, school registration fees, transport costs, food costs and many other costs. If you failed to plan and spend wisely during the festive season, you will find yourself cash strapped in the New Year and it will be difficult to get out,” said Golele.

He said consumers should only use registered credit providers when seeking credit because using unregistered lenders can end up being their worst nightmare in the near future.

“Unregistered lenders will take your identity documents, bank cards/PINs and SASSA cards and withdraw your money immediately after you get paid. They will literally pay themselves first and leave you with change to get by for an entire month,” he adds.

Golele says this will lead to a debt-trap and make such consumers dependent on these lenders for a very long time.

The danger of being charged unreasonable interest rates is that consumers will battle to finish repaying the loan, meaning they will be stuck with that lender.

The NCR urged consumers not to fall for gimmicks such as “buy now, pay after three months” and then incur additional credit during those three months.

“Do not be afraid to request for a pre-agreement statement and quotation when applying for any type of credit, remember, it is your right according to the National Credit Act,” he said.

The regulator urged consumers to use their bonus to reduce their debt burden by paying off existing debt.

In addition, the regulator urged consumers who have lost their job to inform their credit providers about their situation.

There are tips to assist consumers to spend wisely during the festive season:

–       Draw a budget for the month and include all debt, rent, electricity, water, insurance, transport, gifts, entertainment, etc;

–       When going shopping, have a shopping list to avoid buying unnecessary items;

–       If you didn’t budget for a holiday earlier in the year, it might be too late and risky in terms of finances to go on holiday this year;

–       Before you cancel any insurance, speak to a financial advisor;

–       If you borrow money, make sure you borrow only for what is strictly necessary, and ensure that you can afford the repayments;

–       Start saving for next year’s projects that you would like to undertake such as holidays, renovations, studying, big sales, etc;

–       If you are battling with your debts, contact a registered debt counsellor for assistance; and

–       As much as possible, during the festive season keep to your normal spending patterns. Don’t make drastic changes that may leave you over-indebted in the New Year.