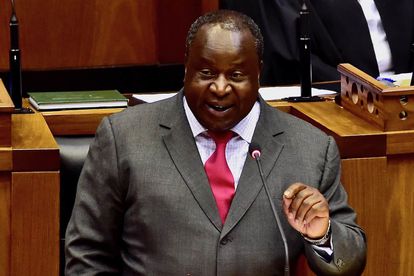 While a great many South Africans will have welcomed the announcement on Thursday that the special COVID-19 Social Relief of Distress Grant of R350 is to be extended for a further three months, Finance Minister Tito Mboweni has emphasised that the money will not be obtained by increasing state expenditure.

Rather, the nation’s bean-counter-in-chief says it will need to come from the reprioritising of existing spending. In other words, money will be pulled from other government programmes to fund the grant.

“The president has decided to extend [the grant] for three months and the job of the National Treasury is to adjust budgets and make sure that the decision by the president is achieved,” Mboweni told Bloomberg.

The exact details are still being finalised and the minister said he stands firmly behind “maintaining the fiscal framework”, the news agency reported.

In making the announcement on Thursday, President Cyril Ramaphosa said the grant was a lifeline for millions of unemployed South Africans and their families, who would have struggled without it.

“This will maintain a temporary expansion of social protection and allow the labour market sufficient time to recover,” the President said.

For Mboweni, though, this will be another delicate economic balancing act as he and his finance team prepare to present the delayed Medium Term Budget Policy Statement on 28 October.

Since the revised budget he presented in June amidst the economic carnage caused by the pandemic and lockdown, the economy has contracted more than expected and tax collection has dipped.

Now he will have to find an additional R6-billion to fund the extended special grant payment period.

Mboweni has previously said the grant is unaffordable for the fiscus on a permanent basis and many economists have agreed with him.

A report carried by the Durban-based Sunday Tribune quotes economist Mike Schussler as saying that, in order to afford this, the government would have to increase income tax by 12% while VAT increased by at least 2%.

“This seems highly impossible. The government needs to make a politically compromising decision and focus on creating more jobs. The stats show that over 10-million people are unemployed. If you pay them R350 every month that is R4-billion, which translate to 1% of our GDP (gross domestic product); where are we going to get that money from?” he asked.

“It is not sustainable. It’s going to force the government to borrow money which the international rating [agencies] had warned against.”