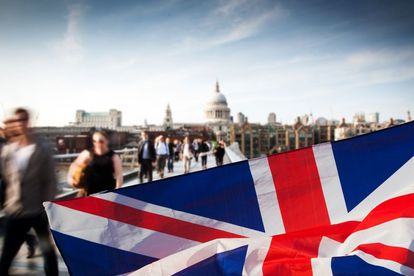 As we get closer to the holidays, many ex-pat South Africans may be thinking about heading home for Christmas to enjoy the country’s brilliant weather. But there is one major snag – it’s not possible to travel to South Africa without incurring huge costs of mandatory 10-day quarantine because South Africa is on the red list. There is hope though … if SA can be moved onto the amber list.

The only way to change things is for South Africa to be taken off the red listing and placed in amber, which allows a smoother flow of business and tourists between the two regions. In order for this to happen, the UK parliament will have to approve this move, and it can only even consider such a move with a petition of over 100 000 signatures from the individuals and businesses in the UK.

HOW YOU CAN HELP GET SA ON THE AMBER LIST

You can get involved by signing the petition. You can also write to your local MP.

Letter to be sent via – WRITE TO THEM LINK:

The UK’s travel restrictions to South Africa and southern Africa are discriminatory, unjustified in science and risk relegating the developing world to second class status.  The Government’s traffic light system, which requires evidence of high vaccination rates, an absence of variants and sophisticated genome sequencing capabilities, are hurdles that many developing countries are unlikely to overcome in the short or even medium term.  This raises the prospect of widening global inequalities between developed and developing nations, impacting the life chances of billions of people who are dependent on international travel for economic growth, for educational outcomes or for tourism to protect biodiversity.

Africa is a continent of over 1.3 billion people which is predicted to exceed 2.5 billion by 2050 and 4.3 billion by 2100.  In post-Brexit Britain, it represents a critical partner for future economic growth in which we already have a historical and cultural advantage over many other countries.  The UK’s current travel policy is putting that advantage needlessly at risk and should be urgently reviewed.

As someone who has an interest in supporting travel to southern Africa and in protecting the longstanding cultural, social and economic ties we have with South Africa, I would be grateful if you could:

I look forward to hearing from you.

The good news is that the UK has recently updated the traffic light methodology with less emphasis on local vaccination rates, which is an area that South Africa has not been strong in until later.

David Frost, CEO of SATSA, the voice of inbound tourism, reacted to the news. “The local vaccination rate here in South Africa has always been irrelevant for visitors who have been double-vaccinated, and we welcome the apparent recognition of this in the UK. With our infection rate now tracking consistently below many amber-listed countries, the British government must urgently consider South Africa for a change of status at the forthcoming review.”

Established in 1969, SATSA is a non-profit, member-driven association representing the region’s tourism private sector, and is leading the initiative to get South Africa off the red list.