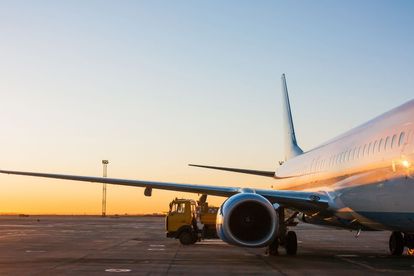 The United Kingdom has offered an official response to a petition calling for South Africa to be removed from the country’s ‘red list’, which restricts travel between the two nations.

The British Government stated that South Africa would remain on the red list because it: “continues to present a high public health risk to the UK from known variants of concern.”

According to Satsa CEO David Frost, it pointed to reports by the Joint Biosecurity Council, which it claimed evidenced the data it is using.

“However, the reports only show data on countries which are moving from one traffic light colour to another, with no data on South Africa.”

Frost said the British Government has failed to provide any evidence to support its policy.

“All the evidence suggests South Africa should be moved to the amber list. The British Government has repeatedly claimed the Beta variant (first identified in South Africa) is a variant of concern.

“Yet AstraZeneca have formally announced their vaccine provides “good to excellent protection” against it.”

He said moreover, due to Beta’s low transmissibility, it now represents under 4% of cases in South Africa, with over 90% of cases being the Delta variant, the same variant dominant in the UK.

“Furthermore, South Africa’s infection rate is tracking well below the UK and several European countries on the amber list. Following the evidence, Germany, France, the Netherlands, Switzerland, the US, and China are among those who have all reopened travel to South Africa. The UK’s response looks increasingly anomalous.”

The petition, Remove South Africa from the travel ‘Red List’, has received over 26,000 signatures to date and represents some of the ±450,000 British passport holders who travel to South Africa in a normal year.

“There are over 1.5 million South Africans whose livelihoods depend on income from tourism. The UK owes these people a better explanation for why it continues to maintain travel restrictions which every day look more and more discriminatory.

“The British Government is treating people who have signed the petition to remove South Africa from the red list with contempt. If it disagrees with recent scientific assessments of South Africa’s safety, it should say why.”

Travel between South African and the UK was first banned in late-December due to the discovery of the Covid-19 Beta variant. Two months later, the UK government reopened to travellers from South Africa, but with the condition that they quarantine in a state-run hotel for ten days upon arrival. Aimed at creating a more flexible approach to the resumption of international travel, the UK introduced its ‘traffic light’ system in May.

South Africa was promptly placed on the ‘red list’, which only allows for the return of British and Irish nationals or third country nationals with residence rights in the UK. These travellers, although exempt from the ban, are still forced to endure the ten-day quarantine at a cost of £2,285 (R47,416).

Being on the UK’s ‘red list’ is costing South Africa’s economy more than R790 million every month, or R26 million a day, in lost tourism spend, according to the World Travel & Tourism Council (WTTC). Losses since May exceed R2.4 billion. That number is much higher when calculated from the date of the initial ban imposed in December.