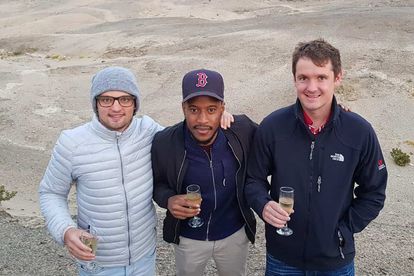 Ndabenhle Junior Ngulube was nominated along with Charles Savage, Andrew Katzwinkel, Luke Dominique Warner, and Mathieu Coquillon in the Founder of the Year category.

The 28-year-old Ngulube co-founded Pineapple along with his 20-something partners Matthew Elan Smith and Marnus van Heerden in 2017. We reached out to Ngulube, who said:

“I’m really happy for receiving this award and I definitely consider it more as a team award. It validates our product and affirms that the team is on the right path.”

In August 2017, Pineapple secured R5.2 million in seed-funding which was used for development, marketing and staffing costs. The founding trio was also invited to Berlin, Boston and Dublin to present their ideas.

Earlier this month, Pineapple received four nominations for the MTN App of the Year Awards as well out of more than 800 applications.

In September, they were selected as one of the top 16 ‘insurtech’ companies, competing on a global scale against Zasti, Antidot and CoverWallet.

Then Google Africa announced that Pineapple would join Google’s second Launchpad Accelerator Africa with ten other start-ups, out of more than 250 applications.

The startup was created out of the desire to reinvent the insurance industry and competes with the likes of MyWay, Outsurance and Santam.

Users are raving about the Pineapple App on social media, with Brand_Diggy_Dee saying, “Slick, efficient and simple process! Just insured my first item and I want you to have my business! Bravo!”

Lerato Mannya said it’s as simple as opening the app, taking a picture of the item you want to insure with your phone and the Pineapple App will give a give a quote.

George Mnguni added that the “app is wild,” and added that he’s been looking for a place to insure his camera with and Pineapple was able to help him in under five minutes.