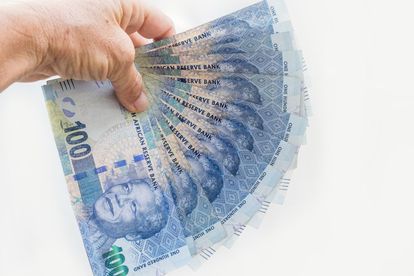 The South African rand’s weakness continued last week, with the currency losing ground against all but one of the 19 major currencies. A lack of local South African data left the ZAR vulnerable to the impact of global market catalysts. Persistent power outages throughout the country have also put a dampener on South African growth prospects.

If the woes at Eskom weren’t enough, the market has also become increasingly concerned about a global recession. This has resulted in a flight to safety and risk-off behaviour by many of the larger market participants. Thus, money flowed out of the emerging market economies, and into safe-haven assets. This is when the USD thrives, being the global reserve currency, whilst putting the ZAR on the back foot.

In addition to the recent risk aversion, the most-recent US employment data came in much higher than expected. This has also shifted market expectations, and investors are pricing in the probability of a 75-basis-point rate hike at the next Fed meeting.

Consequently, the US Dollar had a stellar performance last week, with the currency strengthening against 17 of the top 19 currencies. The Dollar Index (DXY) moved another 1.67% higher, adding to the 0.91% gained in the week prior.

The EUR/ZAR pair made a relatively small move to the upside, appreciating by 0.43%. This can be attributed to Euro weakness. These headwinds are the result of the ongoing conflict in the Euro Area, as well as the movement of the EUR/USD pair, towards a state of parity.

The main event this week is the US inflation data which will be released on Wednesday. Inflation is expected to increase once again, which would add more pressure to the Fed to increase rates at a more rapidly. Forex markets are continuing to move accordingly, the DXY has continued its bullish run in the opening rounds of trade this week. At the time of writing, the DXY has appreciated by another 1.04%.

In the UK, the focus is on the race to find a new leader of the Conservative Party after Boris Johnson’s resignation. Additionally, various GDP growth data will be released from the UK this week.

There will be minimal data from the Euro Area this week. Investors will be watching to see if Russia will cut off natural gas supplies to many EU nations, as this will have substantial effects on their economy.

On the local data front, South African retail sales data will be released on Wednesday. Retail sales growth is expected to come in at 0.20%, after the previous 0.20% decline. Manufacturing production figures will also come due, along with gold and mining production.

GBP: Balance of trade (May)

EUR: Balance of trade (May)