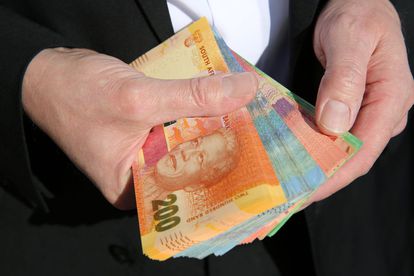 The South African rand experienced significant volatility last week, largely moving in both directions, after the currency took a beating the week prior. The Rand ended the week in a moderately good position, strengthening against 12 of the top 19 currencies that we monitor.

Locally, the retail sales data was released and disappointed. Retail sales contracted by 1% during May, despite an anticipated 0.20% uptick. This macroeconomic shock would likely have weighed on the Rand. Apart from this, the ZAR moved predominantly because of global factors.

The US Dollar’s recent rally lost steam last week, after previous rounds of consistent gain. However, US inflation hit another multi-decade high, with the year-on-year data coming in at 9.1% for June. This caused the USD to strengthen and consequently, the Dollar Index (DXY) appreciated by 1.02%.

Last week, the USD/ZAR pair moved 1.19% higher, from an open of R16.87. After briefly testing the R17.30 resistance level, the pair retreated before closing at R17.06 on Friday. This is the highest level the USD/ZAR pair has reached since August of 2020. Furthermore, the USD has strengthened by approximately 14% against the ZAR over the last four months.

The rand also shed some value against the EUR, a currency that had a particularly strong trading week. After breaking parity against the USD for the first time in over two decades, the EUR has remained well-supported in the forex market. The EUR/ZAR pair appreciated by 0.24% during last week. Despite some rather substantial price movement, the EUR/ZAR pair closed the week at R17.21, a mere three cents higher than the open price on Monday.

The GBP/ZAR experienced some deviation in price action, compared with USD/ZAR and EUR/ZAR. This can be largely attributed to the political crisis unfolding in the UK’s parliament. The British Pound has retreated while the market awaits some certainty after the exit of Boris Johnson. The GBP/ZAR pair depreciated by 0.28% from an opening price of R20.30. After trading within the band of R20.08 to R20.45, the pair closed off at the R20.22 level.

This week, there is a whole host of macroeconomic data scheduled for release. These data points will provide market participants with a more complete understanding of factors such as inflation increases and interest rate expectations. While there will be minimal new data from the US this week, the focus will remain on the Fed’s rhetoric regarding the possibility of a 100 basis-point (bps) rate hike.

This week will be major for the EUR. On Tuesday, inflation is expected to hit another multi-decade high. This will be followed by the European Central Bank’s (ECB) interest rate decision, which will be released on Thursday, where the ECB is expected to raise rates for the first time since the mid-2000s. This should result in EUR strength, although it might already be priced in.

Locally, South African inflation data will be released on Wednesday, followed by the interest rate decision by the South African Reserve Bank (SARB) on Thursday. Inflation is expected to rise 0.80% (MoM) in June, adding to the 0.70% increase in May. Additionally, the SARB is expected to hike interest rates by 50 bps. However, if the SARB decides to proceed with a 75 bps hike, the positive surprise should cause the ZAR to strengthen.