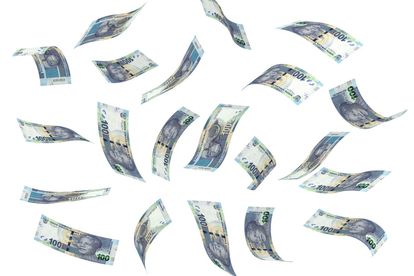 The South African rand had another week on the back foot, as the ZAR weakened against 15 of the 19 currencies we monitor. The rand experienced some significant fluctuation last week, as the market flipped back-and-forth on global sentiment.

The main South African event was the quarter-on-quarter GDP growth for Q2. This GDP figure was negative, opening the possibility for the country to slip into a technical recession if growth does not recover. This, in part, moved the rand lower.

However, the recent ZAR weakness was also partially offset by the selloff in the US Dollar. Last week, the USD dropped from its peak, but after recently hitting multi-decade highs, the profit-taking activity was hardly a shock to the market. The USD also weakened against 15 of the 19 currencies we monitor.

On the other hand, the Euro rebounded from its recent lows, after the European Central Bank (ECB) signaled a more hawkish pivot in its policy stance. The rally in the EUR was fueled by the largest rate hike in the ECB’s history, as rates were raised by 75 basis points (bps) on Thursday. The EUR strengthened against most major currencies.

The rand was unable to hold onto its previous gains against the EUR. The EUR/ZAR pair appreciated by 0.89% during the week, climbing from an open of R17.22 and reaching highs of R17.56. The pair ended the week at R17.37.

The British Pound remained relatively well supported and strengthened across the board. The GBP/ZAR pair appreciated and moved 0.71% higher during last week’s trade. After kicking off at R19.92 on Monday, the pair closed at R20.04 on Friday.

This week, there will be no significant data from South Africa. We will look mostly to the inflation print from the major economies to influence the ZAR’s moves this week. Rising inflation has spread across the global economy and is a forefront consideration for policymakers. Therefore, the significance of these events is likely to be widespread.

The main data event this week will be the release of the US inflation print. Inflation is expected to slow towards 8.1% in August, after the previous month’s 8.5% figure. Inflation data will also be released for the UK this week. Rising inflation remains a major concern for the Bank of England (BoE), after reaching 10.1% in July. Additionally, the EU inflation data for August will be released on Friday. Inflation is expected to rise to 9.1%, after the 8.9% reading in July.