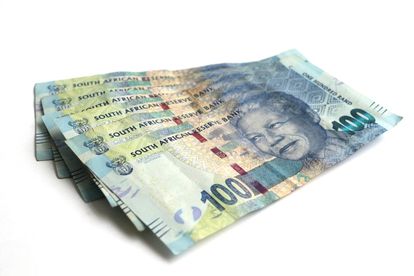 GBP/ZAR depreciated by 0.97% during the week. After kicking off at R19.85 on Monday and touching lows of R19.44, the GBP/ZAR pair closed the weekly trade just below the R19.65 resistance level.

The rand followed a similar trajectory against other major developed market currencies, gaining 0.78% and 1.36% against the US Dollar and Euro respectively. At the end of the week, the rand was trading at R14.20 against the Dollar and R16.77 against the Euro.

Last week, South Africa released its GDP growth rate for the second quarter of this year. GDP growth came in at 1.2% over the quarter, following the 1% expansion in Q1, while year-on-year growth was recorded at 19.3%. Six out of 10 industries recorded growth, with transport, trade and personal services producing the most notable performances.

South Africa’s trade balance was also released last week. South Africa’s current account surplus widened to R343 billion during the second quarter of 2021, the largest quarterly change ever recorded. The country’s trade surplus expanded to a record high of R614 billion from a reading of R261 billion in the first quarter. As a ratio of GDP, the surplus widened from 4.3% in Q1 to 5.6% in Q2. However, it is worth noting that this was most significantly due to increases in prices as opposed to rising trade volumes.

Over in the developed markets, the USD strengthened against most of the top 20 currencies, with the largest gains being seen against the TRY and the AUD. The Pound lost some ground against the greenback in the early rounds of last week, before experiencing a sizeable correction. GBP/USD touched a low of 1.3726 after kicking off at 1.3863 on Monday. However, after a bout of USD weakness, the GBP/USD pair closed at 1.3839, just 0.19% lower for the week.

This week, the United States releases two main data points. US Inflation data will be reported on Tuesday and is expected to remain stable at 0.3% (MoM). Furthermore, US retail sales data, due on Thursday, is expected to slow its decline to -0.7% from -1.1% (MoM). With these two events, any deviation from the anticipated movement could lead to sudden fluctuations in the USD valuation.

This week is rather heavy on data from the UK. The unemployment rate for July is due to be released tomorrow after the unemployment reading of 4.7% for June. Furthermore, the UK’s August inflation rate will come due on Wednesday. Year-on-year inflation is forecasted to rise towards 2.7% after the 2% figure was recorded last month. Retail sales for August are also scheduled to be reported on Friday after the previous month-on-month decline of 2.5%.

Locally, on the data front, we have South African retail sales for July releasing this week. Despite the expected year-on-year increase of 7.2%, retails sales are forecasted to decline by 0.3% (MoM). Mining production and gold production figures are also releasing.