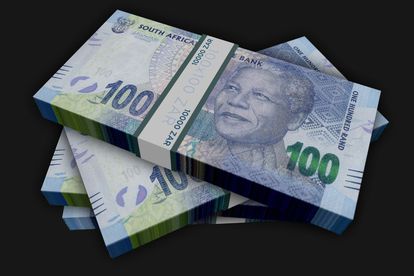 The rand had a mixed performance last week. In the absence of significant local data, the rand made moves in line with global developments. The most significant local factor was the temporary slowdown of loadshedding, which allowed the rand to marginally recover from its recent lows.

After gaining some traction against developed-market currencies during the early rounds of the week, the emerging market ZAR experienced a partial correction. This can be largely attributed to the surge in USD strength, ahead of Friday’s nonfarm payrolls (NFP) report. NFP data indicated that the US added an additional 263 000 jobs in September. Furthermore, the unemployment rate fell to 3.5%.

Consequently, the Dollar Index (DXY) rose by 0.60% during the week as positive economic data allowed the USD some breathing room. USD/GBP moved 0.68% higher, while USD/EUR experienced a similar 0.60% appreciation. The rand followed along with this, moving on a counter-balancing currency basis.

The GBP/ZAR pair declined by 0.81% during the week from an open of R20.26. After briefly breaking through the R20.00 support level, and reaching a low of R19.94, the pair encountered a trend reversal and ended at R20.08 on Friday.

The EUR/ZAR took a similar route, moving 0.61% lower. After opening at R17.71 on Monday, the pair declined during the beginning of the week and reached a low of R17.46 before ending the week at R17.65.

The USD/ZAR did not make a significant move last week compared with its GBP/ZAR and EUR/ZAR counterparts. The USD/ZAR pair kicked off the week at R18.07, traded within the R17.57 – R18.17 band, before closing at R18.12 on Friday.

For global data, UK employment data was released on 11 October. The unemployment rate came in at 3.5% in August, down from 3.6% in the previous month. However, claimant count rose by 25 500 in September, indicating a slowdown in the job market. Additionally, GDP growth figures will be released today for the month of August. This will provide additional insight into the state of the local UK economy.

The Federal Open Market Committee (FOMC) minutes will also be released this week, along with retail sales data for September.