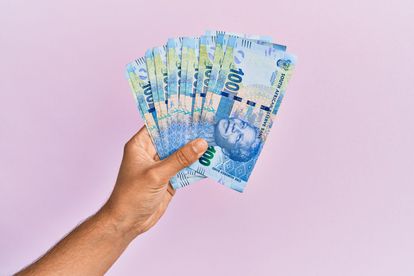 The South African rand had a tough round in the forex markets last week. Most emerging-market currencies ended the week in the red after an evaporating appetite for risk, while safe-haven currencies remained well supported. This can largely be attributed to the US Federal Reserve’s hawkish outlook, as well as global growth concerns. Developments in Ukraine have also led investors to think twice before taking on risk. As a result, the rand faltered.

Conversely, because of risk averse investment action, the US Dollar made additional gains. The Dollar Index (DXY) moved 0.46% higher, highlighting investor preference for safety. Combined with emerging market weakness, the USD/ZAR pair moved 1.27% higher during last week’s trade. After kicking off at R18.12 and trending higher, the pair closed at R18.35 on Friday.

The GBP/ZAR pair had the most substantial move to the upside. This can largely be attributed to the political meltdown in the UK. After the recent sterling weakness, spawned by announcements of unfunded tax cuts, the UK’s conservative party has made a U-turn on its initial policy. In the name of preserving investor confidence and reducing market volatility, many of the plans to cut tax are being scrapped.

As a result, the Pound has made a substantial recovery, back to levels experienced a month ago. The GBP/ZAR pair appreciated by 2.06% during last week, after opening at R20.10 on Monday. The pair reached a high of R20.76 and ended at the R20.50 support level.

For South African data, the inflation rate for September will be released on Wednesday. Inflation is expected to fall towards 7.4% (YoY) from the previous reading of 7.6%. Price increases for fuel and transport are expected to come off their previous highs, while price pressure in food and beverages, oils and fats, and breads and cereals are expected to continue their rise.

South African retail sales growth data will also be released on Wednesday. Retail sales are expected to grow at 4% – 5%, after the previous month’s 8.6% reading.

A similar set of data will be released from the UK, who will also report their September inflation rate. Inflation is expected to remain at 9.9%, as was the case in August. This came after the downtick from 10.1% July, the first time in 11 months that inflation has eased in the region.

Markets will be keeping their eyes on the political developments in the UK, in anticipation of insight into the government’s tax plan. This is likely to add additional volatility to the GBP/ZAR currency pair.