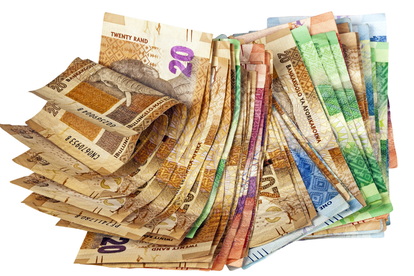 Previous market jitters appear to have spilt over into the early rounds of trade last week, with safe-haven currencies gaining at the expense of those currencies that carry additional uncertainty.

USD/ZAR traded with a topside tilt, appreciating by 1.92% during the week. After kicking off trade at 14.69 on Monday, the USD/ZAR pair broke through the 15.0 mark and reached a high of 15.03. The pair then experienced a partial correction, before ending on 14.96 on Friday. The GBP/ZAR pair moved another 1.42% higher, climbing from R20.185 at the opening bell. After breaching through the 20.50 resistance level and touching highs of 20.54, the GBP/ZAR pair closed off the week’s trade at around the 20.46 mark.

The continued move towards safer investments can be seen in the developed markets, too. The GBP/USD pair moved 0.49% lower, as a preference for risk-off trade saw the US Dollar outperform the Pound. After kicking off the week at the 1.3970 mark, the pair fell to a low of 1.3610, before closing at 1.3675 on Friday. Furthermore, the EUR/GBP pair strengthened early in the week before falling and stabilising on Friday. The main driver was the decrease in economic momentum, a continued increase in inflation, and caution due to the China Evergrande crisis.

On the data front last week, we had the US FOMC meeting and interest rate decision. There were few surprises with no changes made by the FOMC. The Fed continued to deliver its forward guidance narrative, suggesting that it is planning to taper the bond buying at some point in the future. The Bank of England (BoE) also released its interest rate decision, during its September meeting. The BoE left its benchmark interest rate at the ultra-low 0.1% level, while simultaneously maintaining its bond-buying programme at £895 billion.

The South African interest rate decision had little effect on the markets, as policy makers left the rate unchanged at 3.5%. The core inflation rate, which ticked up to 3.1% in August, was also in line with market expectations. This week, the South African PPI figures will be released along with the balance of trade reading for August. These data releases come after the 0.7% month-on-month increase in PPI, as well as the R2.04 billion decline in the country’s trade surplus.

New data coming in this week from the US include the GDP growth rate, for Q2 of 2021, as well as updated figures on nationwide personal income and spending growth. The UK will be releasing its Q2 GDP growth figures, along with the current account balance for Q2. Over in the Eurozone, the unemployment rate for August will come due, along with the inflation rate for September.