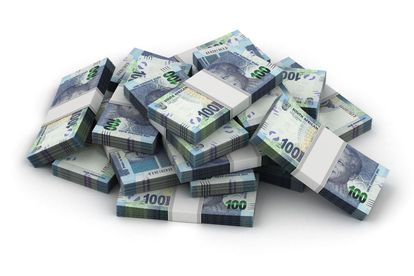 The South African rand had a phenomenal week, with the currency strengthening against all but one of the currencies we monitor. The ZAR’s gains can be mostly attributed to global factors, as investors rotated their investments towards riskier assets. Developed-market currencies have extended their recent losing streak, as investors move away from the safe havens.

The US Dollar had a disappointing stint, weakening against 17 of the 19 currencies we monitor. The USD/ZAR pair declined by 1.19% last week. After opening at R18.15 on Monday, the pair closed off at R17.89, marginally above the weekly low.

The main event last week was the US Fed interest rate decision. As expected, the Federal Reserve raised rates by 75 basis points (bps) to a level of 4%. In the post-announcement press conference, the mood was somber. Fed Chair, Jerome Powell, cautioned markets that rates would probably end up higher than initially anticipated, and that talk of a halt in rate hikes was premature.

The Bank of England’s (BoE’s) interest rate decision was also released last week. The BoE followed the US in raising rates by 75 bps. This is the largest hike by the BoE in 33 years and has pushed interest rates to a 14-year high. One would expect the GBP to strengthen after this, but after a warning of a prolonged and deep recession, the GBP encountered a drastic selloff. Consequently, the GBP had a terrible week and the currency lost ground against all the pairs we monitor.

The GBP/ZAR pair made a massive 3.00% move to the downside. After opening at R21.03 on Monday and reaching a low of R20.25, the pair closed off at R20.35. The slowing economy, coupled with higher interest rates, does not bode well for the UK consumer.

The Euro also had a tough trading week. European year-on-year inflation hit double digits, coming in at 10.7% for October. The higher inflation figures lend weight to the prediction that the European Central Bank will continue to aggressively raise interest rates in the foreseeable future.

EUR/ZAR experienced similar pressure, falling by 1.02% throughout the trading rounds. The pair ended the week at R17.82, after opening above the R18.00 support level.

This week, there will be minimal data from South Africa. Markets will be watching to see if the current bout of ZAR strength will continue, or if there will be a reversion back to safe-haven currencies.

On the global data front, US inflation data for October will be released on Thursday. A downtick in inflation would be a positive economic signal, indicating that the Fed’s rate-hiking plan is starting to take effect. If inflation edges higher, we expect the USD to strengthen. This would ultimately force the hand of the Fed to keep going with its aggressive rate hikes.

We will also look to see if the sterling’s downward trend will continue or if the currency might see some respite. For UK data, the GDP growth figures will be released on Friday. We expect a decline in quarter-on-quarter GDP growth for the third quarter as well as the month-on-month GDP growth for September. Overall, we expect the BoE’s projections to hold true, with growth in the economy slowing.