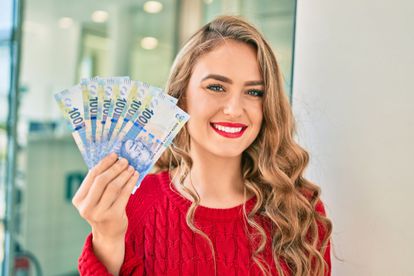 The South African rand had a mixed week in the forex markets. Higher inflation and lower retail sales growth, coupled with loadshedding woes continue to add weight to the local economy. However, a shift towards “risk-on” investment has provided the rand with some buoyancy.

Last week, there was minimal global data. Nevertheless, the South African inflation data was released on Wednesday and came in at 7.5% for September, in line with market expectations, after the 7.6% reading in August. Prices slowed for transportation and fuels. However, this was offset by intensified price pressure in other areas, such as food and beverages.

South African retail sales growth data was also released last week, falling to 2% from a previous 8.9% reading. This decline was larger than anticipated.

Despite the bleak local data, the emerging market ZAR managed to hold off additional losses after the previous month in the red. This can be partly attributed to a rotation away from the US Dollar, and towards riskier assets. This reversal in the USD has come after months of consistent gains, as the greenback returns from its largely overbought position.

This is highlighted by the downtrend in the Dollar Index (DXY), which depreciated by 1.16% during last week’s trade. The USD/GBP pair also fell by a comparable 1.18%.

The GBP/ZAR pair had a remarkably flat trading week, especially considering the recent political chaos. The pair remained between R20.35 and R20.70 throughout the week, after opening at R20.52 on Monday. The pair ended on Friday at R20.47, a marginal 0.17% lower than its weekly open.

The South African balance of trade data will be released on Monday, 31 October. South Africa’s trade surplus is forecasted to rise towards R26 billion for September, from a previous reading of R7.18 billion in August.

For global data, the European Central Bank (ECB) interest rate decision will be released on Thursday. The ECB is expected to address rising inflation by increasing interest rates by 0.75% to 2%. This comes after the 0.75% increase in the prior month.

The United States will release a handful of local economic data. The GDP growth rate for Q3, along with personal income and spending figures, will be released on Thursday and Friday respectfully. This data will provide additional insight into the state of the American economy. September figures for durable goods orders and new home sales will also be released on Thursday.