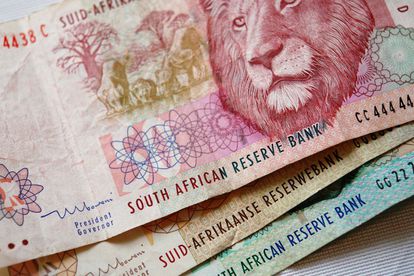 The South African rand had a relatively uneventful trading week, as recent volatility has subsided. The absence of a significant global catalyst left the market without a definitive direction.

The only notable South African data last week was the September retail sales growth. Retail sales declined by 0.60% (YoY), after the 2.1% growth in the previous month. This reading was lower than anticipated, adding weight to the ZAR.

The US retail sales growth was released on Wednesday. Retail sales increased by 1.3%, marginally outperforming expectations. US producer price index (PPI) data was also released and increased by 0.2%. However, this reading was lower than the 0.4% forecast, and might hint at the slowing of forward-looking inflation.

The UK had an active data week

The UK had an active data week, including the employment, inflation, and retail sales data being released. The UK Finance Minister, Jeremy Hunt, also delivered his Autumn Budget Statement. The plan revealed several spending cuts, coupled with multiple tax increases aimed at improving the health of the country’s fiscal position.

The UK’s inflation rate was reported at 11.1% in October, up from 10.1% in the prior month. This was higher than anticipated, with most of the price pressure arising from gas and electricity. Additionally, the UK’s unemployment rate came in at 3.6% for September, in line with market expectations. This was marginally higher than the previous 3.5% reading.

The Dollar Index (DXY) recovered 0.60% last week, after taking a large tumble. This can largely be attributed to gains against the EUR and the Japanese Yen (JPY). However, the US Dollar lost some ground against the sterling, with USD/GBP depreciating by 0.40%.

The South African Rand yielded a mixed performance in the forex markets last week. USD/ZAR moved sideways throughout the trading rounds, from an open of R17.24. The pair remained between R17.10 and R17.55, before closing the week back at the R17.24 mark.

There is a nice handful of local data due this week. The South African inflation rate for October will be released on Wednesday and is expected to come in at 7.4%. This comes after the annual inflation rate slowed to 7.5% in September, down from August’s 7.6% reading. Price pressure eased further for transportation and fuels, although this was partially offset by higher CPI items. Nevertheless, inflation remains above the South African Reserve Bank’s (SARB’s) 3% – 6% target range.

On Thursday, the SARB’s most recent interest rate decision will be released. South Africa’s central bank is expected to raise interest rates by another 75 basis points, from 6.25% to 7%. This would be the seventh consecutive rate hike since November 2021, as part of the SARB’s effort to reduce inflation down towards the midpoint of its target band.

There will be minimal global data this week. The most notable event will be the Federal Open Market Committee (FOMC) meeting minutes. This will provide the markets with additional insight into the US Federal Reserve’s monetary outlook.