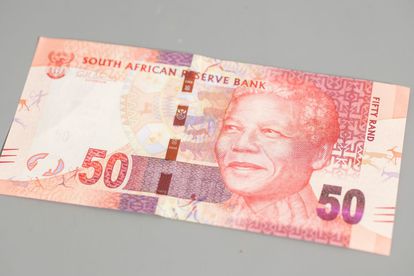 The Rand had a mixed performance last week, with the currency strengthening against 12 of the top 19 currencies we monitor.

However, despite the substantial insight into local economic planning, the ZAR was mostly driven by global currency movements. This is particularly evident when looking at the USD, GBP and EUR.

Last week, the USD weakened against 16 of the 19 currencies we monitor. The Dollar Index (DXY) fell by 1.12% during trading rounds, adding to the 1.15% decline in the prior week.

In the absence of significant US data last week, recent greenback headwinds can be attributed to counter-currency strength in the Euro and the Pound. Both USD/GBP and USD/EUR pairs moved lower during last week’s trade. The sterling picked up a significant 2.67% against the US Dollar, while the Euro gained 1.04% against the greenback.

The Pound’s recent strength can largely be attributed to the settling of political dust, after a turbulent month for the UK government. The focus is now on Rishi Sunak, the new Prime Minister of the UK, to see how he will steady the ship after Liz Truss’ short stint in power.

The Euro was also able to gather some momentum last week, as the European Central Bank (ECB) opted to raise benchmark interest rates by another 75 basis points (bps). This is the second consecutive rise in interest rates for the ECB, taking rates to the highest point in over a decade. The ECB has stated that it will continue to raise rates until inflation hits a peak. This hawkish move brought additional strength to the Euro.

The South African Rand had similar price actions against these developed market currencies. The biggest move was in the GBP/ZAR pair, which appreciated by 2.50% during the week. After kicking off around the R20.57 level, the pair climbed to a high of R21.12, before ending at R20.98 on Friday.

This week, the US Fed’s interest rate decision will be released on Wednesday. The market is pricing in a 75-bps hike and, while we don’t expect the Fed to differ from this, the focus will be on the tone of the press conference after the meeting. If extremely hawkish, we can expect the USD to strengthen even more.

In the UK, the Bank of England’s interest rate decision will be released on Thursday. They are expected to follow the global trend and raise rates by 75 bps, if they do anything less, we can expect the GBP to weaken drastically. Since the UK imports most of its consumer products, that would result in even more out of control inflation, thus we expect them to play it safe and in line with market expectations.