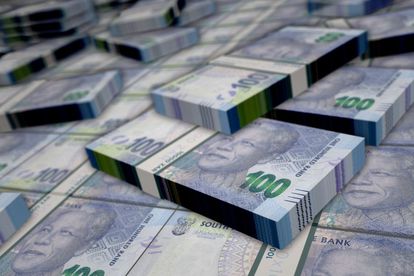 The South African rand had a mixed week of trade as the currency strengthened against 13 of the top 19 currencies we monitor. The emerging-market ZAR was hit with counterbalancing head and tail winds, which added volatility to the currency’s trade. Inflation data and interest rate expectations, both locally and abroad, were the main drivers of the rand’s movement.

Last week, there were two major data releases from South Africa. Inflation came in at 7.6% in August, marginally higher than the 7.5% consensus. Despite the downtick in price pressure, from 7.8% in July, inflation remains above the South African Reserve Bank’s (SARB) target bound.

The inflation data was followed by the SARB interest rate decision, where rates were raised by 75 basis points (bps), in line with market expectations. This rate hike helped the ZAR from selling off violently, as was the case with many other currencies. This recent sell-off can be attributed to the rotation away from risky assets, driven by the US’s most recent interest rate decision.

The US Dollar strengthened against all the currencies that we monitor. This massive move to the upside came after a much-anticipated Fed interest rate hike. Although the 75-bps hike was largely in line with market expectations, the hawkish commentary from Fed Chair, Jerome Powell, pushed the USD into overdrive. Powell reiterated that the Fed is determined to tame inflation and, even with the prospect of the “soft landing” becoming less probable, indicated that it would remain steadfast on rate hikes.

The Dollar Index (DXY) soared 3.12% higher last week. The USD/EUR pair appreciated by 3.25%, while USD/GBP gained a whopping 4.85%. The DXY is currently sitting 17% higher than it was at the beginning of the year.

Conversely, the rand was able to reclaim some previous losses against the GBP. Last week was an absolute bloodbath for the sterling, which lost value against all currencies that we monitor. This massive GBP selloff came after the UK’s new Chancellor of the Exchequer, Kwasi Kwarteng, released the government’s growth plan. The plan touched on wide-ranging tax cuts and outlines for increased government borrowing. This resulted in a drastic selloff in the GBP, as market participants did not appreciate this expansion of debt in the country.

The Euro also had an unfavorable week in the markets, as the currency weakened against 14 of the 19 currencies we monitor. Euro risk exposure remains focused on the war in Ukraine and the increased rhetoric from Putin, having called up reservists and implying the possible use of nuclear options going forward.

The EUR/ZAR pair fell by 1.61% during the week, from an opening of R17.66 on Monday. The pair reached a low of R17.25 during the weekly trade, before experiencing a partial correction and ending at R17.34 on Friday

This week, there is minimal global data. Market participants will be watching closely to see if the USD maintains its extreme overvaluation against many of the global currencies.

As the new week started, the GBP fell even further. The GBP/USD pair hit an all-time low, reaching a low of 1.0377. This is 23% lower than at the start of the year. We will monitor if this selloff continues and look out for any reversal in the currency’s downtrend.

We will see if the EUR remains in its oversold position, or if the currency will bounce back. This week will end with inflation data on Friday, which will be closely watched. Inflation print is expected to increase both month-on-month and year-on-year. This would raise the probability of another 75-bps interest rate hike at the next European Central Bank meeting.

There will also be no significant data from South Africa this week. Nevertheless, producer price inflation (PPI) for August will be released on Thursday. PPI is expected to rise further, but at a slower pace than before. We will monitor how the global markets digest these massive GBP and USD moves and assess the knock-on effects this will have on the Rand.