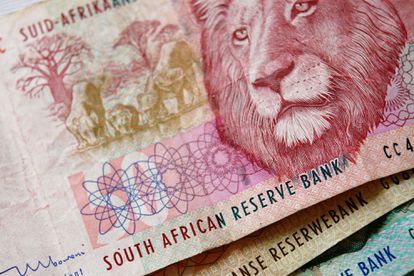 The South African Reserve Bank (SARB) is staring down the face of nationalisation – a fact, espoused by president Cyril Ramaphosa, which has battered the already uneasy rand.

During a parliamentary question and answer session, held by the National Assembly on Thursday, president Ramaphosa came under fire from opposition parties. Mmusi Maimane, leader of the Democratic Alliance zeroed in on the issue of expropriation and nationalisation, pointing out the supposed hypocrisy in the president’s promises of burgeoning foreign investments.

Maimane posed a pertinent question to the president, simply asking how and why would foreign investors risk their capital in a country ruled by a party that is pushing for nationalisation, albeit dogged by factional doubletalk? This uncertainty, exemplified by the issue of land expropriation without compensation, means danger for potential investors.

While the issue of nationalisation, particularly with regards to the Reserve Bank, has taken many twists and turns within the convoluted policy framework of the African National Congress (ANC). Maimane pointed out that the members of the ruling party were divided on the issue. Ramaphosa strongly denied this in his reply, saying:

“On the issue of the Reserve Bank, the governing party has taken a very clear resolution that says the Reserve Bank of our country should be owned by the people of South Africa.”

Ramaphosa bemoaned the current power dynamic within the executive of SARB, saying that external shareholders – foreigners – had far too much control over the bank’s operations. The president went on to explain that the move towards nationalisation was a progressive one, already undertaken by many European countries, saying:

Rand loses out to the US dollar

Economists aren’t so sure though. The move to nationalise the Reserve Bank has the propensity to spark investor fears. Backdropped by grievous failures of state owned enterprises, the nationalisation of SARB could prove particularly dire. Analysts warn that if the government gains executive control of monetary policy, the impact on the economy could be disastrous.

Before Ramaphosa’s reply, the rand was already sitting uneasy at R14.30 to the US dollar. Following talks of SARB’s nationalisation, the rand dipped down to R14.55 to the dollar – close to its worst position this year.

Unfortunately, on Friday morning the situation still remained uncomfortable, with the rand failing to relax below the R14.50 mark.