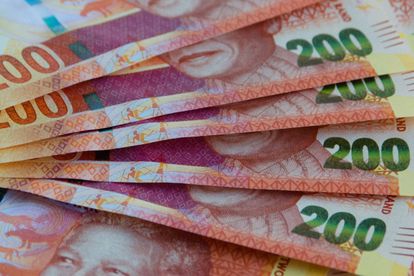 After consecutive weeks in the green, the ZAR has encountered a price correction and a reversal in the currency’s trendline. In the absence of any market-moving data, the rand lay at the mercy of free-market forces.

With all the talk about the US Fed raising its rates, and at a faster pace than expected, the markets have piled their funds into the USD, with some analysts calling for a rate hike of 75 basis points. The GBP/USD pair moved lower by 1.69%, falling from 1.3060 and closing the week at 1.2840. The recent surge in the US Dollar, which has put emerging market currencies on the back foot, has caused the rand to weaken against all its major developed market currency rivals.

The USD/ZAR pair appreciated by a whopping 7.03% during last week. After opening at R14.61 on Monday, the pair rose and touched a high of 15.68, before closing the week above the 15.60 level. Furthermore, the EUR/ZAR followed a similar price trajectory, moving up by 6.91% and ending at R16.87 on Friday.

While the GBP/ZAR pair made a relatively smaller move, the Pound gained 5.22% on the rand. After opening the week at R19.08 on Monday, the GBP/ZAR pair skyrocketed through the R20.00 resistance level, erasing all gains from the past month. The rate touched a high of R20.265 before stabilizing and closing around the R20.07 mark.

The rand was the biggest loser, even when measuring up against other emerging market currencies. AUD/ZAR climbed 4.73% higher, closing the week at R11.31 from an R10.81 start.

Many analysts believe that this recent ZAR weakness was inevitable and overdue, as the rand has strengthened considerably over the past few months. Therefore, it would make sense that a barrage of speculative money would have been supporting the currency to some degree. In addition, the drop in the gold price may have lowered faith in the country’s export market. South Africa has also faced another catastrophe with flooding at its main port in Durban. As a final slap in the face to the ZAR, the country was plunged into stage 4 loadshedding. All in all, a perfect storm of negative factors to kick the ZAR from its overperforming perch.

For South African data this week, the trade balance for March will be released. This is expected to remain positive for the time being. Updated PPI numbers are also expected. Analysts will be watching the rand closely, to see if this recent performance was a short-lived depreciation, or if the rand will remain on its downwards path.