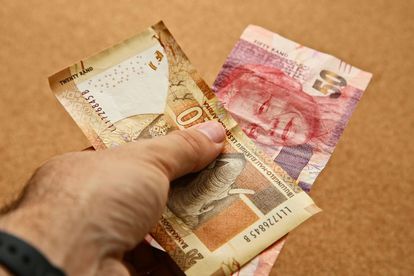 The South African rand had a stellar trading week, with the currency gaining ground against 17 of the top 19 currency pairs. This recent ZAR strength can be attributed to the release of higher-than-expected South African inflation data, as well as the counter-balancing impact of recent weakness in safe-haven currencies.

Last week, the market continued to digest the 75-basis-point (bps) rate hike by the US Federal Reserve. However, the USD has lost its momentum after weeks of continued strength. The US Dollar dropped in value against 14 of the top 19 currency pairs and the Dollar Index (DXY) moved 0.50% lower. This drop in the USD is not too surprising considering its preceding bullish run.

In South Africa, the main data event was the increase in the inflation figures. Year-on-year inflation came in at 6.5%, which is above the 3-6% target range set by the SARB. This gives some weight to the rumour that the SARB may be looking to follow the US and raise the benchmark interest rate by 75 basis points. The speculation surrounding this has given the ZAR some extra strength.

EUR/ZAR made a similar but less-pronounced movement, depreciating by 0.75% during the week. The pair closed at R16.67 on Friday, from an opening price of R16.73.

For local data, South Africa’s balance of trade for May will be released on Thursday. Estimates for this figure seem to vary quite widely, after South Africa’s trade surplus shrank from R47.19 billion to R15.49 billion in the previous period. We will also look to see if the market takes note of the stage 4 loadshedding that has been implemented throughout the country.

This week, significant US data includes personal income and spending figures for May as well as ISM manufacturing PMI for June. Jerome Powell will be giving his speech on Wednesday, which is expected to provide the market with additional insight into his plans for handling US monetary policy.

The main data event out of the UK this week is the GDP growth rate for Q1. Gross domestic product is expected to increase on a year-on-year basis. Markets will be watching this closely to gauge whether growth remains robust enough to tolerate higher inflation. Euro Area inflation data will also be released this week. Inflation is expected to increase once again, further supporting the case for the ECB raising interest rates.

ZAR: Balance of trade (May)

USD: Personal income and spending (May)