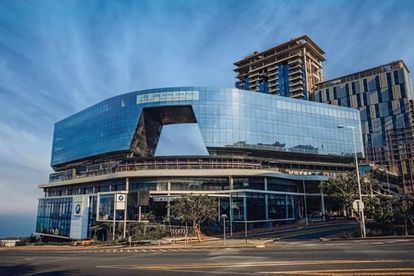 The first phase of the new R1.3-billion Umhlanga Arch development project opened for business in Durban this week.

Its food court is now operational and the 203-room four-star Hilton Garden Inn Hotel is scheduled to come on stream in November.

Ironically this comes at the same time as reports have emerged that the five-star Fairmont Zimbali Hotel, around 40km away at Ballito, is retrenching 220 staff as a result of the property going into business rescue in September.

Using a mobile app, guests will be able to book into the hotel using their cellphones, as well as use their phone as their room key. Guests’ cellphones will also operate lifts and control their room’s lights, television and air conditioner.

Marc Rosenberg from the Multiply Group, one of the project’s developers, said the food hall comprised hand-picked chefs from around Durban.

Picked some of city’s best chefs

“We picked some of the best chefs and independent operators in our city, who don’t necessarily have the means and capabilities to invest in their own restaurants,” he said.

“We have invested for them so they can use the space and platform to grow franchises and their own businesses.”

Speaking during a visit to the development, MEC for Economic Development, Tourism and Environmental Affairs, Nomusa Dube-Ncube, said more iconic designer buildings such as the Arch were needed to attract visitors to the city of Durban.

Benefit tourism and the economy

It was also necessary to create unique experiences which would benefit both tourism and the broader economy.

The MEC said COVID-19 had taught business and government the value of working together.

“We have interacted more than ever before and shared the pain. In the past, we were so preoccupied that we talked past each other rather than to each other. Now, we have learnt to listen to each other,” she said.

But nearby Zimbali is retrenching

While Umhlanga Arch is providing a jobs boost for the area, reports have emerged that the Fairmount Zimbali Hotel is retrenching 220 staff.

Fairmount Zimbali, which opened in 2010, went into business rescue in September, with the company saying the extended lockdown had eroded its revenue base.