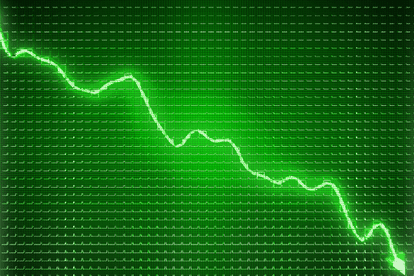 On Wednesday morning, Former Steinhoff CEO Markus Jooste will break his lengthy silence on what lead to one of the most dramatic financial collapses in South African history.

Back in December 2017, Jooste was forced to admit that “accounting irregularities” were the reason behind the delayed release of their end-of-year fiscal results. The speculation surrounding these mysterious circumstances saw their market value nosedive.

Now, nine months later, it seems like the public will finally get their answers. Well, that’s the plan anyway. You don’t get to Jooste’s position without learning how to weave your way through some tough questions. He may try and steer away from the extent of Steinhoff’s loses. But we won’t…

How much did Steinhoff lose because of Markus Jooste?

However you break it down, the sheer scale of the meltdown is staggering. James-Brent Styan, who wrote a book about the financial saga, estimates that 97% of the company’s value was wiped out last December.

Shareholders – thousands of them – estimate their total losses to be around the R185 million mark. Dubious accounting irregularities attributed to Markus Jooste resulted in $11.4 billion being wiped out by the company, with a debt of R161 billion being revealed through further investigations.

Jooste hasn’t done too badly, though. He’s reported to have made R121 million from the business in 2017.

What Steinhoff is worth now

They aren’t exactly dead and buried – as BusinessLive reported on Monday, the group’s South African operations have performed well over the last week, with Pep and Ackermans posting a combined sales growth of 8% and like-for-like growth of 3%.

However, their share price fell a further 13.5% on Monday before making a modest recovery. These fluctuations will persist while Jooste is ducking and diving in Parliament on Wednesday, too.

It suffered an operating loss of R2.4 billion in the six months to end-March and its revenues declined by another 6%. The problem the company faces is with intangible assets. They have more than R135 billion / $9 billion’s worth, but in a liquidity crisis, this accounts for very little.

As of Wednesday morning, shares were trading at R2.62. Back in July, Steinhoff broke the R3 mark but haven’t been able to maintain that momentum throughout the winter.

How much did Christo Wiese lose?

Spare a thought for Christo Wiese, would you? The majority shareholder and former richest man in South Africa (prior to the Steinhoff crash) lost between R32 – 50 billion in the months that followed. However, perhaps we shouldn’t feel too bad. He does still possess a net worth of more than R30 billion.

There are a total of 16 local businesses owned by the Steinhoff group: