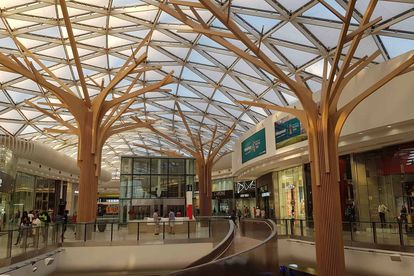 When you think of some of the most successful robberies throughout history, things like detailed blueprints and slick teams of criminal master planners come to mind. But, if you’re Bathobile Mlangeni – the suspect in a R4 million robbery at the Mall of Africa in Johannesburg – you simply just walk in, take what you want, and ride into the sunset.

SBV South Africa – who specialises in the transfer of physical cash amounts across the country – have apparently been betrayed by one of their own. Mlangeni was an employee at the depot in Midrand, and she used her position of trust to gain access to the motherload in July 2019. The details of her crime are astounding:

Bathobile Mlangeni is a wanted woman

Mark Barrett is a CEO for SBV. He confirmed that the incident remains under investigation, and the firm are now stepping up their pursuit of the missing Bathobile Mlangeni. She’s spent more than half-a-year on the run, but this renewed campaign hopes to bring the main suspect in for questioning:

“As a key service provider that ensures that cash is available for the citizens of South Africa, and as a responsible corporate citizen, we do not tolerate any crime and take all internal and external incidents in a serious light. We are cooperating with the relevant authorities to investigate the incident.

“This is not a cash centre but a collection facility for cash collected from tenants in the mall. If an incident does occur, we will focus our efforts — together with the relevant authorities — to ensure that the perpetrators involved are brought to justice.”

SBV is appealing to members of the public to phone our confidential hotline on 083 408 7029 to report any information in relation to this crime. https://t.co/mPPzdAvsNz @SBVSouthAfrica pic.twitter.com/22gxClg9kC