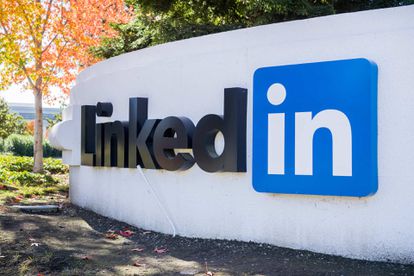 The irony will not be lost on many people. The platform that prides itself on being the best place to find top-quality jobs and the latest thinking on how to be successful in business is itself in trouble and cutting jobs.

In yet another indication of the widespread and often unanticipated consequences of the pandemic and global shutdowns of economies, social media platform LinkedIn is reducing 6% of its workforce, the company said on Tuesday.

The 960 jobs that will go in various part of the world are said to be due to a slowdown in employee recruitment and less paid job ads being placed on the platform.

Announcement made in an open memo

LinkedIn, which is part of Microsoft, made the announcement through an open memo to all employees by CEO Ryan Roslansky.

“LinkedIn is not immune to the effects of the global pandemic,” he said. “Our Talent Solutions business continues to be impacted as fewer companies, including ours, need to hire at the same volume they did previously.

“When we took a hard look at the business, we decided we needed to make some hard calls,” Roslansky noted.

“After weeks of discussion and deliberation, the executive team and I have made the extremely difficult decision to reduce approximately 960 roles, or about 6% of our employee base, across our Global Sales and Talent Acquisition organisations,” he continued.

Fortune business magazine called the announcement “scary” and columnist Jack Kelly, himself a CEO and executive recruiter, noted: “With regards to LinkedIn, a good portion of revenue comes from recruiters who purchase high-priced plans. As the remaining recruiters have less assignments to work on, they’re likely to scale down to less expensive options or elect to use their free version for a while.”

While the platform has a huge number of registered members – according to technology website Gizmodo it had 690-million registered members as at April 2020 – that mammoth figure counts for little if corporates and recruitment companies are not prepared to pay to reach that audience right now.

In the US, a critical market for LinkedIn, senior LinkedIn executive Karin Kimbrough said hiring of staff had fallen by 40% compared to the year prior.

Thousands of recruiters have lost their jobs

Chris Russell, the MD of US-based recruitment consultancy RecTech Media and an expert on recruiting technology and job boards, is quoted by Forbes as saying the layoffs at LinkedIn are not surprising given the fact that thousands of recruiters have lost their jobs due to COVID-19.

Russel pointed out that a substantial portion of the social media platform’s revenue is derived from recruiters purchasing pricey subscriptions and job postings.

With fewer recruiters, he said, “They have less people to sell into right now.”

One can only suppose that those who are losing their jobs at LinkedIn will have a better LinkedIn job-seeker profile than most.