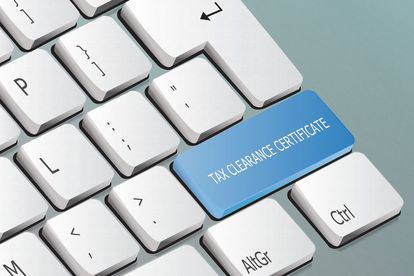 South African residents moving funds offshore are limited to sending R1 million (the “standard discretionary allowance” – SDA) per calendar year. With tax clearance from SARS, they may send an additional R10 million per year (known as the “foreign investment allowance” or FIA). However, tax clearance certificates are currently taking longer than usual, so it’s important to plan ahead if you wish to take advantage of your foreign investment allowance before the end of the year.

SARS has always stated that TCCs take up to 21 working days to process. However, turnaround times have generally been within five days, especially since Covid when applications moved exclusively to an efficient online system (through SARS e-filing).

Now, SARS has advised tax practitioners that TCCs will take the full 21 working days (essentially a month) to process, and no follow-up is permitted before that time has passed.

In March 2021, new rules were introduced that affected how South Africans who’d left the country could access and transfer their retirement annuities and pensions offshore. Among these changes was the implementation of a three-year rule that requires South African expats to show that they have been tax resident outside of SA for three years or more if they wish to encash their RAs before retirement age.

ALSO READ: How to encash your RA after leaving South Africa – a step-by-step guide

These changes also led to a great deal of misinformation being spread about the necessity of all South Africans living overseas to change their residency status with SARS. This has resulted in SARS having to create profiles for hundreds of people who left the country many years ago and have no assets left in South Africa, only so they can list those profiles as non-resident and possibly deregister them again.

If you’re unsure about whether you need to change your tax residency status with SARS, Sable International’s tax team would be happy to check for you.

Crypto arbitrage refers to buying crypto currency on overseas exchanges, where it generally trades at a lower price, and selling it in South Africa at a higher price.

Even though it was practiced before, crypto arbitrage really took off in South Africa in 2020, when everyone was sitting at home looking for ways to make money.

A great deal of crypto companies and other service providers popped up during this time, offering services that included TCC applications for clients who wished to purchase crypto over the value of the R1 million SDA.

What many don’t realise is that a separate tax clearance application needs to be made for every amount over the SDA. That means, for these clients, every time they bought crypto after they’d spent their SDA, a new application had to be made.

For example, for a client purchasing R200,000 worth of crypto at a time, the provider would make up to 50 individual applications to SARS in a calendar year to make use of the R10 million FIA. Each of those applications and their supporting documentation would need to be reviewed and processed by a consultant at SARS.

If you extrapolate that across the potentially thousands of clients in SA that have engaged in an arbitrage service, you can understand the barrage of applications SARS has been receiving and the backlog this may have caused.

Unfortunately, in both of these cases, the backlog is unlikely to clear any time soon. So, if you wish to make use of your foreign exchange allowance in the 2022 calendar year, it’s worth starting the process as soon as possible to avoid missing out.

Sable International’s team of exchange control specialists can take the stress out of the process of applying for your TCC and sending your funds offshore. Get in touch on +27 (0) 21 657 2153 or saforex@sableinternational.com.