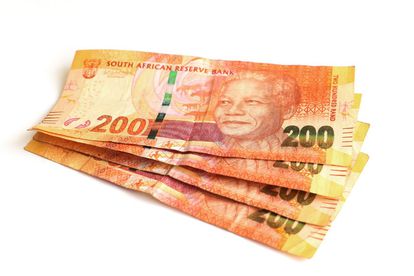 The ZAR performed incredibly well last week. The rand strengthened due to South African interest rates, which increased more than expected. Recent weakness in the US Dollar has also provided the Rand with additional tailwinds, and the rand strengthened against all but one of the currencies we monitor.

South African inflation data was released last week, which followed the global trend and hit a 13-year high. The inflation rate came in at 7.4% (YoY) in June, exceeding the 6.8% forecast, and rising further above the country’s target band. This forced the South African Reserve Bank’s hand in having to raise interest rates more than expected, by 75 basis points (bps). Consequently, the rand picked up steam in the forex markets.

Simultaneously, the US Dollar’s recent rally ended abruptly last week. The market is now assessing the possibility of a global recession, if the Fed were to hike rates too fast, which fueled the pullback in the USD. The USD retreated from its recent highs as the market started to cool its expectations of a 100 bps rate hike in the upcoming Fed meeting.

Overall, the USD lost value against 14 of the top 19 currencies we monitor. Big players in the market took profits, after the persistent USD strength. The Dollar Index (DXY) declined by 1.33% last week and the USD/ZAR fell by 1.37%. After opening at R17.10 on Monday, and touching a low of R16.78, the USD/ZAR pair ended the week at R16.83.

The EUR/ZAR pair experienced a much flatter week of trade compared with its USD/ZAR counterpart. This was significantly influenced by the European Central Bank, and its decision to raise interest rates for the first time in over a decade. The EU raised rates by 50 bps which provided the Euro with additional support.

EUR/ZAR depreciated by 0.16%, closing the week at R17.184. The GBP/ZAR pair experienced similar price movement, declining by 0.12% and closing off the trading week at R20.20 on Friday.

This week, we will assess whether the recent gains in the ZAR can be maintained. The ZAR is likely to remain responsive to global updates regarding inflation, GDP growth, and expected future interest rates. Additionally, South African producer price index data will be released on Thursday. This leading indicator of inflation is expected to rise which would signal further rate hikes on the horizon.

For global data, there will be important data releasing from the US. The main event is the US Fed interest rate decision, where the US Federal Reserve is expected to hike rates by 75 bps. If the rate increase is larger, the USD will likely strengthen. US GDP growth for Q2 will be released on Thursday. If this figure is negative, it would indicate that the US has slipped into a technical recession.