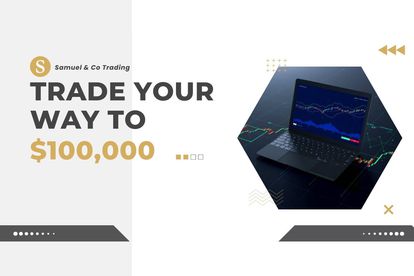 From 0 To $100,000 In Global Forex Trading Competition. Image credit: Supplied

From 0 To $100,000 In Global Forex Trading Competition. Image credit: Supplied

Since 2012 Samuel & Co Trading has expanded to global heights over the past ten years, training over 3000 people from 63 different countries on how to build their wealth via trading. Excellence is paramount, but CEO Samuel Leach does not stop there, responsibility to the community proves equally as important alongside honesty and ensuring promises are kept. This company believes in better and delivers the best through an experienced team of traders and coaches, supplying several differing online courses and lessons to train the new generation of talent. With Leach being voted the no.1 trader to watch in 2020 by Yahoo Finance and with connections to huge media players such as Forbes, Ted X and Entrepreneur.com, you know that you couldn’t be in better hands. Talent is what formed Samuel & Co Trading and it is equally important within this ever-growing business to educate newcomers. With that being said they want to give back and reward those up-and-coming traders who show prowess in the industry. And there’s no better way of doing this than a huge international event that will most certainly separate the wheat from the chaff.

This competition is both exhilarating, and a new opportunity within the financial sector, supplying a whole new dynamic for sourcing talent. Leach himself advises, “This is a completely different approach to the days when CVs were the be-all and end-all. It allows people to truly show their passion and expertise through actions rather than just their resumes”.

Tying into the socially conscious nature of Samuel & Co, this opportunity opens the playing field for people from a varying range of backgrounds. It focuses on the aptitude of the individual rather than what they already have in their wallet. And of course, provides them with the opportunity to increase this amount should they be successful. A testament to this is the opportunity for people from all over the globe, including developing nations, to have the ability to enter and ultimately ‘show off’ their skills. For further examples we can look to last year’s competition, where the top 100 finalists included many traders from South Africa. Inclusivity is a priority, and it is leading to an exciting new period of talent emerging not only from positions of privilege but cropping up from spaces where young startups are not always given the opportunity to shine.

However, you could argue that the most intriguing aspect of the competition is what’s in it for the winners? First of all, it doesn’t cost a penny to enter, but you could end up with the grand sum of $50,000 if you play the game right. Leach describes the tournament as “The biggest trading challenge that has ever been offered at zero cost and a $100,000 upside”. You don’t stand to lose anything, but there is everything to gain. For those who love a challenge, it is a no-brainer.

You wouldn’t be here if you didn’t have money on the mind so here comes a countdown of the very tempting list of financial prizes in the offing. For the individual coming in at 1st place, there is a whopping $50,000 to gain, for 2nd place the lucky runner up would receive $25,000, for the person who clinches 3rd place the prize is $15,000, and lastly, for 4th place, $10,000 is the sum, which is certainly not a number to be sniffed at. But that isn’t all, all contestants will receive a 50/50 profit share, and when they say it doesn’t cost a penny to enter, it really doesn’t cost a penny to enter! 100% free and there are no fees for the contestants. Additionally, the highest percentage of performers will be awarded live trading accounts.

So, the countdown begins until the 20th of June and there is a lot to play for! So why not get involved? If you want to test your trading skills and have a chance to win huge cash prizes, then sign up for the “$100,000 Forex Trading Competition” with Samuel & Co Traders by clicking here.. With a no-fee sign-up and the potential of huge rewards, really what have you got to lose?