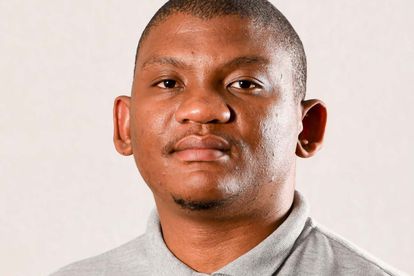 Seeing a yawning gap in the market, one young entrepreneur from the North West province is facing down oil and gas bigwigs to make fuel accessible to under-serviced communities.

At 28 years old, Nkosinathi Machine is usually the youngest face in the room at meetings with other South African oil and gas industry executives — a statistic he’d like to see change.

“I meet so many people who can’t believe I am where I am today,” says Machine. “I had nothing and no direct knowledge about the industry, but I’ve done it through relentless perseverance.”

Machine is managing director of SADC Fuels, a wholesale supplier that sells heavily discounted petrol and lubricants to farmers, construction companies and other small- and medium-sized enterprises in the North West province.

Since founding his company in 2015, Machine has focused on serving neglected and remote communities, where local entrepreneurs have traditionally been forced to travel great distances to neighbouring big cities to fuel up.

“We’ve tried to create a brand that symbolises convenience for our clients — to show it’s possible to have a fuel station within smaller communities and still be profitable. Thanks to us, our clients save about 50c per litre,” Machine explained.

South Africans pump more petrol than any other African country, according to the Department of Energy — an estimated 11.7 billion litres per year.

With a millennial eye for just how fast the world is changing and how fuel under-served communities are being left behind, Machine hopes to push the industry and his province forward through innovation.

In 2018, Machine’s business plan for so-called “mobile fuel stations” was ranked among the top five ideas submitted to Standard Bank’s My Fearless Next campaign; it was also runner-up at the Eskom Business Investment Competition.

Based on similar models developed in countries like Germany and the Netherlands, these mobile stations can be used to easily transport or store fuel, even in harsh climates with temperatures between -60 and 55-plus degrees Celsius. And they only take eight hours to instal.

Akin to secure shipping containers and fitted with multi-chamber dispensing units, the portable filling stations can be moved from place to place via flatbed truck, rail or ship. Or, on a smaller scale, a steel tank on a trailer that can be hitched to a standard bakkie.

Way of the future

Machine believes his “fuel stations on wheels” are the way of the future, and have the potential to be lower-barrier investment opportunities for young and historically disadvantaged entrepreneurs.

That is, if legislators will agree to relax some of the current regulations that prohibit mobile fuelling stations in most communities over safety concerns.

“I’d like to hire and introduce more young, black people into the oil and gas sector. We need to break through the red tape,” he stressed.

Machine said cumbersome bureaucracy is one of the key factors preventing more young, black entrepreneurs from getting into business.

“If you don’t have the patience or the know-how to get the information you need to start a business, it’s difficult for people to break into the industry,” he explained.

Petrol stations in South Africa are tightly regulated, with nearly 60% of the petrol price going to pay various taxes, levies and margins.

“When I started out I was fortunate enough to have a client who took a chance on me and gave me the opportunity to work through a joint venture,” recalled Machine.

“I don’t know how I could have gained the trust of potential clients or understood the licensing process otherwise.”

With a degree in managerial accounting and a masters in management, Machine said he largely fell into the oil and gas industry by chance, after trying his hand at business consulting.

“I did some risk-based fundraising to develop a business case for a truck stop, and then started looking into wholesale projects with diesel. At the beginning, I was just trying to see if my idea worked,” he explained.

In those early days, Machine only made about R1 000 profit on each order — a figure that’s grown substantially.

The upward battle taught him successful businesses aren’t built on investment capital, but rather on creativity and strong relationships.

“You don’t need R20 million to start something. Look around you, test your idea and see what resources you have available to make your business work.”

By the end of 2020, Machine aims to complete the licensing process so SADC Fuels can operate independently of its current joint venture. He also hopes to transition out of wholesaling and into the retail market.

“My parents and grandparents always pushed me to make a better life for myself and I was never told I couldn’t do things. I was a bit naive when it came to goal setting and always dreamt big, but it’s served me well.”