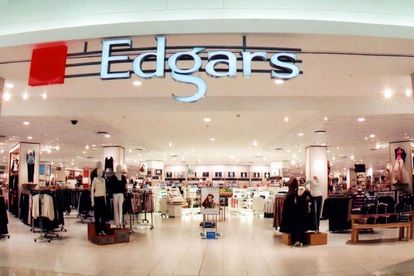 In another sign of South Africa’s changing retail environment and weak consumer spending, struggling retail group Edcon is closing its large Edgars store in the upmarket Rosebank Mall in Johannesburg.

Despite its location in the suburb of Rosebank – an area property giant Pam Golding calls one of Johannesburg’s “most desirable mixed-use” hubs – the 6 000m² store (a full-size soccer field is 7 100m²) store has been underperforming and failing to attract customers.

Its location in a high-end mall is also likely at odds with Edcon’s new strategy for Edgars, which is to have the stores located in smaller and cheaper-to-rent regional or community malls.

Fin 24 quotes Edgars chief executive Mike Elliot as saying that all non-management employees of the store have been moved to other outlets within the Edgars division.

The Edcon group includes well-known retain chains Edgars, Jet and CNA. It has been in financial difficulty for some time and in recent years has closed around 150 stores within the group.

In 2019, Edcon reached a refinancing deal with its lenders, landlords and the Public Investment Corporation (PIC), securing more than R2.7 billion in the process.

A number of the group’s shopping centre landlords agreed to reduce rent in exchange for a stake in the business in a bid to stave off liquidation and save jobs.

Edcon employs an estimated 30 000 people and indirectly enables many more jobs. Some commentators said at the time that the deal had averted a “jobs massacre” and thousands of square metres of mall space across South Africa being left vacant as a result.

However, not all landlords were as accommodating. Despite investing about R110 million in saving the Edcon group, Growthpoint Properties declined to reduce its rent. Growthpoint owns the likes of the Brooklyn Mall, in Pretoria, and the Helderberg Centre, in Somerset West.

Edgars’ difficulties reflect the struggle of the once-popular department store retail model in South Africa. Stuttafords, a more exclusive chain than Edgars and with a more diverse offering, closed in 2017 after almost 160 years in South Africa.

In a 2019 article for IOL, Global Entrepreneurship Network co-chairperson Kizito Okechukwu noted that one of Edcon’s challenges was that “their tangible in-store merchandising model became clumsy and confusing to shoppers, many turning away for a different experience – most often to online shopping, as foot traffic in many mall stores continues to rapidly decline”.

The first Edgars store opened in Johannesburg in 1929. Over the decades it has registered a number of “firsts”, including being the first to introduce a mail-order catalogue, the first to open a stand-alone cosmetics store, and the first to offer many international and national clothing, accessories and cosmetics brands under one roof.