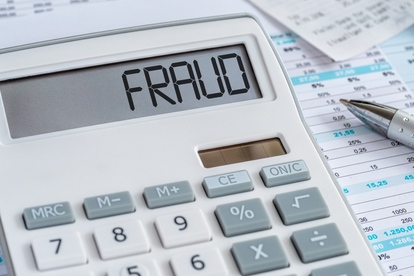 UK taxpayers will lose tens of billions of pounds to COVID-19 support schemes because the government dropped basic fraud checks and rolled out the programmes in haste, a parliamentary report has claimed.

The report, published by the public accounts committee (PAC), covered the threat to fraud that each government department faced during the COVID-19 pandemic. The committee stated that it acknowledged that the government acted quickly to provide vital support to vulnerable businesses at the start of the pandemic. However, the decision to prioritise speed and financial aid meant taxpayer exposure to fraud and error was “significantly increased”.

READ: Do you need to submit a tax return?

The report states that fraud and error were already long-standing threats to the public purse and cost the taxpayer in the region of £29.3bn to £51.8bn in 2018-19. The report states that because of the hastiness it will result in “billions of pounds of additional losses” with the Cabinet Office estimating that the annual level of undetected fraud and error could cost the taxpayer up to £25bn a year before covid-19 schemes are even considered.

The committee said it was impossible to tell how much money had been wasted because data issued so far had “insufficient detail to allow for public scrutiny”. The committee said that they were ‘pleased to hear examples of departments collaborating and sharing data during the pandemic to improve government’s overall response’ but stated that BEIS ‘will not commit to publishing details of COVID-19 loan recipients’.

The report states that fraud and error have traditionally been the sole responsibility of each department to manage and says that the cost of fraud is ‘fairly well understood by the government. The committee state that HMRC and Department for Work and Pensions (DWP) have a ‘well-established approach’ to tackle and address fraud in their areas’ but in areas outside the tax and benefit system, there is ‘still no formal measurement and limited capability’ to tackle fraud. The committee state that this will risk large amounts of fraud and error to go un-tackled.

The committee blames the government’s twin decisions to relax the usual fraud controls in programmes such as the popular bounce-back loan scheme (BBLS) which allowed companies to self-declare information such as earnings as part of their applications and to support businesses and individuals it had no previous relationship with.

READ: How to claim tax relief on employment expenses

The committee said that government departments ‘lack of urgency to robustly measure fraud and error hinders their ability to direct their counter fraud and error efforts’ and that the government had not made enough use of counter-fraud expertise when they designed new programmes, to make sure they minimised losses.

The scheme distributed the bounce back loans through commercial banks, including HSBC, Lloyds, and Barclays. While it is up to those banks to chase customers for repayments, the losses will be footed by the taxpayer, as the loans come with a 100% government guarantee. The committee said that Department for Business, Innovation and Skills (BEIS) is now reliant on the banks that ‘lack incentives as it is not their money on the line’.

The report states that between 35% and 60% which is equivalent to £16bn to £27bn, of loans issued through the bounce back loan scheme, which totalled £46.5bn may never be repaid due to fraud or credit risks.

The report also covered fraud within universal credit, as between April 2020 and March 2021, fraud within Universal Credit rose to an all-time high of 14.5% or £5.5bn. This rise was around £3.8bn.

The report stated that the number of completed civil compliance checks fell from 62,000 in the first quarter of 2019–20 to 40,000 in the first quarter of 2020–21. The report found that the DWP accepts that a doubling of the caseload and relaxing controls will lead to a further increase in fraud and error levels. The report states that there is ‘uncertainty around exactly how much fraud and error will rise’ but National Audit Office believes that the ‘increase is likely to be substantial’. HMRC also estimated that up to £3.5bn of furlough payments made by 16 August 2020 may have been fraudulent or paid in error.

The committee is now issuing a number of recommendations, including calls for the Treasury and Cabinet Office to publish an annual report highlighting the risks of fraud and error for public money, strengthening reporting requirements for covid-19 assistance programs, and disclosing plans will reclaim tax money.