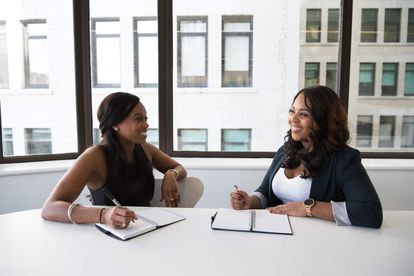 Corporate South Africa needs to pay more attention to increasing the number of women at leadership level as global focus on gender equality and awareness around the gender pay gap gains momentum, a report by professional services company PwC says.

In the 11th edition of its Executive directors: Practices and remuneration trends report, PwC said there was a consensus regarding the need to transform boards and companies to bridge salary discrepancies, both from a representational perspective and in terms of pay.

There is also a need for more diverse representation on corporate boards in South Africa, said the report released ahead of the annual women’s day public holiday.

The entire month of August is observed as women’s month in South Africa as a tribute to more than 20,000 women who marched to the Union Buildings government precinct in the capital Pretoria on August 9, 1956, in protest against the extension of racially discriminatory pass laws to women.

“Women’s month serves as a reminder of the urgency for closing gender imbalances in the workplace throughout South Africa,” said Anastacia Tshesane, diversity and inclusion leader for PwC Southern Africa.

“Achieving gender parity throughout the workplace is one of the most critical challenges that business leaders face today. The quality of women’s talent and leadership is very important to business – the skills and experience that they bring, including that gained outside of the workplace, has proven to be essential in strategic decision-making and in ethical, sustainable enterprise.”

Corporate SA has a long way to go

It also cites research from the World Economic Forum suggesting that the overall global gender gap will close in 108 years and that the most challenging gender gaps to close are the economic and political empowerment dimensions, which will take 202 and 107 years to close respectively.

Currently in South Africa, for every 10 men, only eight women are employed or actively looking for work, although women make up more than half of the working-age population.

In its 2018 gender pay gap report, the WEF ranked South Africa 19th overall in terms of gender gap equality, with a slight decline in gender wage equality where it was ranked 117th compared with 114th in 2017.

“Despite the broad acknowledgement that gender and diversity concerns should be addressed there is a lack of clarity as to what steps should be taken to effect lasting change in this regard,” PwC senior manager for the people and organisation division Anelisa Keke said.

“Bridging the gender pay gap has been a slow process, but by enabling women to succeed in the market place, society can reap the benefits of women’s talents and skills.”