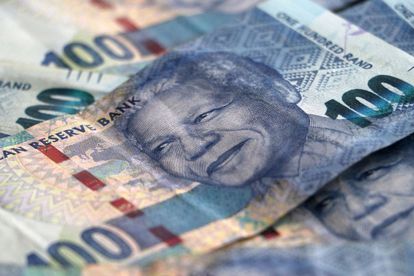 UIF TERS are making a difference in the lives of retrenched workers. Image: AdobeStock

UIF TERS are making a difference in the lives of retrenched workers. Image: AdobeStock

The movement away from risk can be seen across various asset classes, including global equities, emerging markets and foreign exchange. All three major US stock market indices ended another consecutive week in the red, before taking a further tumble at the opening bell of trade yesterday. Asia-Pacific indices and emerging-market composites have also made a move to the downside.

It appears that institutional money is flowing towards the safe havens, highlighting the market’s preference for risk-averse holdings. The US Dollar strengthened against 19 of the top 20 currencies, further highlighting the “flight to safety” response of investors. The Dollar Index (DXY) moved up by another 0.66%, extending the 0.59% appreciation in the week prior.

The Pound did not fare as well as its US Dollar counterpart. The GBP/USD pair shed 0.70% of value during last week’s trade. After kicking off around the 1.3840 mark on Monday, the pair touched lows of 1.3727 before closing at 1.3740. The Euro also gained some ground against the Pound, opening at EUR/GBP 0.85 on Monday and closing at around 0.852 on Friday. However, both GBP and EUR lay at the mercy of safe-haven currencies, weakening significantly against the USD and JPY.

Emerging-market currencies took the biggest hit, with excessive ZAR weakness running rampant across the market. The rand lost 2.69% against the Pound last week, as the GBP/ZAR pair moved higher. After opening on Monday at R19.66, the rand closed off at around R20.18 against the sterling. A similar trajectory can be seen with the EUR/ZAR pair, which appreciated by 2.64% throughout the week’s trade and closed at R17.21.

The USD/ZAR pair experienced even more drastic price action, climbing by 3.41%. After kicking off the week at R14.20 and topping out just below the R14.80 resistance level, the USD/ZAR pair ended Friday at R14.68.

The US FOMC meeting and the Federal Reserve Bank’s interest rate decision takes place this Wednesday. This upcoming market event will be followed closely by global investors, with higher-than-usual volatility anticipated. Although we don’t expect any change in policy, the tone of the meeting will be closely monitored by market participants. Any hints of a delay in bond-purchase tapering could result in USD weakness, thus favouring carry trade currencies such as the Rand.

This week, we also have the Bank of England’s (BoE) interest rate decision. The BoE is expected to hold its interest rates at 0.1% in this month’s report. Bond purchases are likely to remain set at £875 billion. An unforeseen hawkish shift in policy would likely lead to the appreciating of the GBP/ZAR pair.

On the local data front, we will see the South African Reserve Bank’s interest rate decision on Thursday. The interest rate is expected to remain unchanged, but if it changes this could have a big impact on the flow of funds in and out of the country. An increase in interest rates would certainly cause the Rand to strengthen.