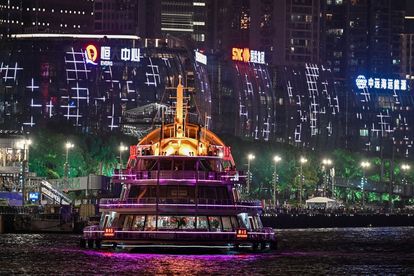 China’s central bank said Friday that the risk of spillover from embattled property giant Evergrande to the financial sector was “controllable”, breaking its silence on the company’s debt troubles, state media reported.

Concerns are mounting that the cash crunch at Evergrande — which is struggling with more than $300 billion (R4 410 trillion) in liabilities — could lead to contagion for the wider Chinese economy.

Authorities are “carrying out risk disposal and resolution work in accordance with the principles of rule of law and marketisation,” People’s Bank of China official Zou Lan said at a briefing, according to an outlet under the Xinhua state news agency.

Zou went on to say that the company had been poorly managed, and had not operated “cautiously” within the confines of the changing market, Shanghai Securities News reported.

“Instead, it blindly diversified and expanded, causing the serious deterioration of operating and financial indicators, and eventually an explosion of risk,” said Zou, who heads the PBOC’s financial market department.

However he added that “on the whole, the risk of spillover into the financial sector is controllable”

Authorities will also help ensure that financial support is provided for the resumption of work on Evergrande’s property projects, he said, stressing that the real estate sector remained “generally healthy”.

It was reported to have missed  a trio of offshore bond payments worth almost $150 million (R2 203 billion) on Monday, triggering a fresh round of downgrades for two Chinese property developers’ ratings.

This comes after the embattled firm missed two September offshore bond payments, but agreed a deal to pay interest on a domestic bond the same month.

Fears over China’s property sector have intensified in recent weeks after another Chinese developer, Fantasia Holdings, missed payments on debt obligations, while real estate firm Sinic cautioned that it might also see a default.

Last week, Evergrande suspended trading of its shares on the Hong Kong stock exchange pending an announcement on a “major transaction”.

Reports indicated that the financial hub’s real estate firm Hopson Development Holdings planned to buy a 51 percent stake in its property services arm — but the deal has not yet materialised.

In August, the central bank said it had summoned executives at Evergrande and warned that the company needed to reduce its debt risks.

In a statement last month, the PBOC said that China’s financial sector should meet the goals of “stabilising land and housing prices” and “insist on not using real estate as a short-term economic stimulus.”

Evergrande’s predicament has triggered public anger and rare protests outside the firm’s offices in China as investors and suppliers demanded their money back.

The group has admitted facing “unprecedented challenges” and warned that it may not be able to meet its liabilities.