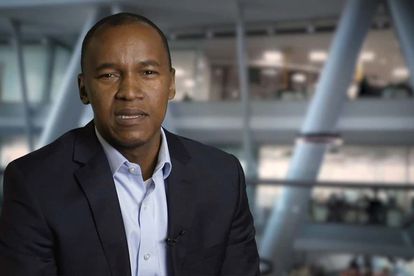 What a difference two years can make. In 2018, PwC’s Annual Global CEO Survey revealed a record level of optimism regarding worldwide economic growth. In 2020, as chief executives look ahead to 2020, there is a record level of pessimism.

Not surprisingly, perhaps, South Africa’s CEOs are more pessimistic than most about prospects over the next 12 months. Only 14% are “very confident” about their organisation’s revenue prospects this year, versus 18% a year ago. And 44% – compared to 35% in 2019 – believe that global growth will decline.

“No matter where CEOs look, or from where they are looking, the path is fraught with uncertainty,” said PwC Africa CEO Dion Shango.

“Pessimism among South African CEOs has deepened this year, characterised by a lack of business confidence and a decline in business activity overall. The current state of the economy and socio-political uncertainty is dampening business expectations.”

But, perhaps believing that every dark cloud does indeed have a silver lining, our country’s top executives are remarkably optimistic about their company’s prospects for revenue growth over the next three years. A massive 78% of South African CEOs believed revenue would grow, versus only 56% of CEOs worldwide.

In every global region – Africa, Asia-Pacific, Central and Eastern Europe, Latin America, the Middle East, North America and Western Europe – the prevailing sentiment is the same: Global economic growth will slow in 2020.

In the past two years, the percentage of global CEOs who believe global GDP growth will decline has increased tenfold (from 5% to 53%).

While confidence levels are generally down across the world, there is a wide variation from country to country, with China and India showing the highest levels of confidence among major economies at 45% and 40% respectively.

US heads op countries for growth

Overall, the US retains its lead as the top market CEOs look to for growth over the next 12 months at 30%, one percentage point ahead of China. However, ongoing trade conflicts and political tensions have seriously dented the attractiveness of the US for Chinese CEOs.

The US’ loss has been Australia’s gain, with 45% of Chinese CEOs now looking to Australia as a top-three key growth market compared with only 9% two years ago. The other countries making up the top five for growth are unchanged from last year – Germany (13%), India (9%) and the UK (9%).

The top countries that South African CEOs consider to be most important for their organisation’s overall growth rate, are: Namibia (19%); Australia, Botswana and the UK (all 14%); and Kenya (11%).

“Despite the current uncertainty, there are still opportunities for South African CEOs to pursue,” believes Shango. “Faced with uncertainty, business leaders need to act decisively and quickly. Instead of looking inward, they should broaden their field of vision and strive to create a broader range of options to pursue.

“Some of these opportunities include the upskilling, development and training of their people. CEOs also need to look at how they can structure and further enhance their operational efficiencies.”