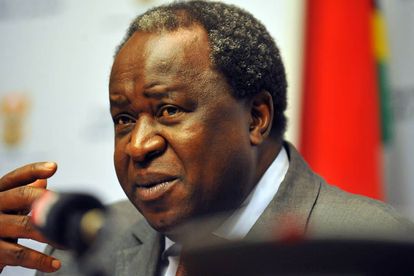 Finance Minister Tito Mboweni, in his 2020 Budget Speech, announced that old age, disability and care dependency grants will be allocated an extra R80, bringing the total to just R1 860 per month.

The government has allocated R16.4 billion to settle debt within South African Airways (SAA). However, less than R100 was allocated to all social grants, which more than 18 million vulnerable South Africans depend on.

“More than 18 million people receive a grant, which is a lifeline for many. Grants reduce inequality and protect the most vulnerable in society.” he said.

According to Mboweni’s Budget Speech, social grants have been adjusted as follows:

“Changing the way we provide social grants has generated about R1 billion per annum in efficiency savings, which will be partly used to raise the daily subsidy per child,” he added.

The South African Social Security Agency (Sassa) revealed, in a statement, that following the announcement made by Mboweni during his 2019 Budget Speech, child support and grant-in-aid beneficiaries were going to increase by 2.3% from October.

Between April and September 2019, child support and grant-in-aid beneficiaries received R420 per child, every month. According to Sassa, those beneficiaries, from 1 October 2019, would have received an extra R10 more in their monthly grant, which came to a total of R430 per month.

“No amount of money is little money. So, we think beneficiaries of social grants will be delighted that from today, their account is going to move from R420, to R430,” Paseka Letsatsi from Sassa indicated in a recent eNCA interview.

Letsatsi also implored South Africans to not look at a R10 increase with indifference, as it goes in hand with an increase that took place earlier in 2019.

“Remember, there were [social grants] increases that took place early this year. This is just an add-on, in terms of what happened this year. So, it depends, in terms of the kitty, and I think that belongs to the National Treasury [since] they also deal with issues of policy from Social Development,” added Letsatsi.