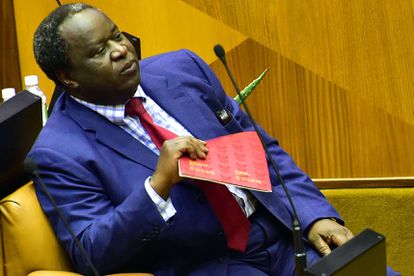 Minister of Finance Mr Tito Mboweni as he prepares to present his 2019 Budget Speech during the Plenary of the National Assembly , 20 February 2019. Parliament, Cape Town. Elmond Jiyane, GCIS

Minister of Finance Mr Tito Mboweni as he prepares to present his 2019 Budget Speech during the Plenary of the National Assembly , 20 February 2019. Parliament, Cape Town. Elmond Jiyane, GCIS

If anyone was hoping to drown their Budget Speech sorrows with a beer and a ciggy, we’ve got some bad news for you: The cost of drinking, smoking and using vapes – known as the “sin tax” – is going up once again this year. But, there is a silver lining: The increases have at least been relatively friendly to South Africans.

Beer and wine have escaped with only minor rises, whereas spirits and cigars have been hit the hardest. Tito Mboweni made the announcement on Wednesday afternoon, shortly after revealing that the economy would struggle to grow by more than 1% over the next few years.

A total of seven different items were listed by the minister, who was able to confirm that sorghum beer avoids any sort of price change. The same can’t be said for some of our favourite items, though:

Prepare for a ‘vape tax’

There was also a surprise development for those of us who use electronic cigarettes – otherwise referred to as “vapes”. Tito Mboweni confirmed he would introduce a tax on the product for the very first time. The devices have proved to be popular alternatives to tobacco-based products, but along with hubbly bubbly, e-cigs are set to be hit by an increase in excise duties:

“I am again happy to report that there is no increase in the price of sorghum beer. In line with Department of Health policy, we will start taxing heated tobacco products, for example hubbly bubbly. The rate will be set at 75% of the rate of cigarettes. Electronic cigarettes, or so-called vapes, will be taxed from 2021.”

Tito Mboweni on the ‘vape tax’