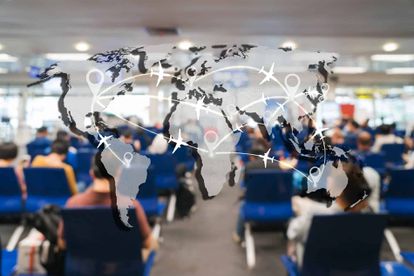 Finance Minister Tito Mboweni said during his Budget Speech 2020 that “municipalities must be strengthened”. To this end, R426 billion will be allocated from the Medium-Term Expenditure Framework. The finance minister added:

The OR Tambo aerotropolis in Ekurhuleni is at an advanced stage of implementation and King Shaka airport in eThekwini is progressing in that direction. Cape Town shall join them soon. Meanwhile, Lanseria has been identified as a potential smart city.

Prior to the Budget Speech, smart cities in South Africa began making headlines again at the State of the Nation Address earlier in February when President Cyril Ramaphosa announced:

“Last year, I asked the nation to join me in imagining a new smart-city, a truly post-apartheid city that would rise to change the social and economic apartheid spatial architecture. Working with development finance institutions we have put together an innovative process that will fund the bulk sewerage, electricity, water, digital infrastructure and roads”.

Ramaphosa added that the new smart city will be located in Lanseria, which is in the north-west of Gauteng, and has an airport and a strong population base.

As revealed at SONA 2020, the yet-to-be-named smart city will be 5G ready. Furthermore, it will be a leading benchmark for green infrastructure, in South Africa and globally.

While it’s fun to fantasize about smart cities and what it could mean for the South African economy, most South Africans aren’t that impressed with the prospect.

“While Minister Mboweni is touting King Shaka Airport as the anchor for a smart aerotropolis in Ethekwini, SAA intends discontinuing services to the airport.”

Another user said that while Cabinet members are talking about smart cities, “the average South African just wants to drive in an average city with roads without potholes”.

How long will it take to establish a smart city?

It’s hard to say…many aspects need to be considered. However, back in 2015, Chinese firm Shanghai Zendai bought 1 600ha of land in Modderfontein to create the “future capital of the whole of Africa”.

The site is located between Sandton’s CBD and OR Tambo International Airport and the firm estimated that development of 30 000 to 50 000 housing units would take between 15 to 20 years.

Unfortunately, the Modderfontein project didn’t move beyond the development phase.