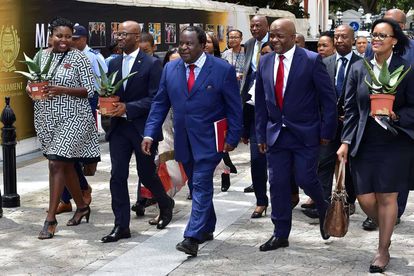 Taxing wine and spirits has long been a ready way to raise more tax revenues for a succession of South Africa’s finance ministers. But could Tito Mboweni also be contemplating an increased tax focus on spirituality in his Budget Speech?

Mboweni, who is seldom shy to air a controversial remark or seek public feedback via social media, tweeted on 15 February 2020 that churches operating as businesses should pay tax or close.

“If these so-called independent churches operate as businesses, then they must pay tax. The funny ones must be closed down, period. We are a law-governed country. This thing of taking advantage of our people must stop,” he tweeted.

“Any ideas about how to impose taxation on these mushrooming handy clappy, snake-eating ‘churches’. The time to tax them is now!!”

His comments echoed those made in 2019 by Mark Kingon, who was then acting commissioner of SARS.

At the time, Kingon questioned the manner in which some churches and their leaders operated, and whether they were illegally taking advantage of the tax breaks available to churches registered as public-benefit organisations (commonly known as PBOs).

Reporting on Kingon’s concerns in February 2019, Business Insider noted: “Some of the biggest abuses are among churches that are run as companies. Kingon says there are questions about whether many of these are legitimate churches.

“Where assets of these churches are used for personal reasons, cautions Kingon, pastors and other office bearers need to assume liability for taxes which would arise for using these assets in a personal capacity.”

Not-so-subtle signal that Treasury is looking for solutions

Audit and tax firm Mazars has analysed the views of both Mboweni and Kingon.

In a response to Business Report following Mboweni’s recent tweets, Mazars tax manager Tertius Troost said that while the minister’s utterances seemed to have been a somewhat humorous take on the state of certain controversial churches, it was also a “not-so-subtle signal that the National Treasury really was looking for solutions to ensure these institutions are following the letter of the law”.

He added: “Now, given recent comments made by [the] minister of finance, it seems likely that religious institutions may face even more scrutiny and may even be subject to certain tax amendments in the coming months.”

In a media statement posted on its website in 2019, Mazars noted that in the 2019 Budget Speech the inefficiencies at SARS were featured as one of the major concerns regarding tax revenue collection in South Africa.

This led to a number of widely publicised changes being made at SARS, including the creation of a unit focusing on the illicit economy and improving its ability to collect taxes from all of its existing avenues.

“The acting commissioner was not saying that any of the rules regarding the tax status of religious institutions would change, and it certainly should not be interpreted as SARS declaring that churches would now be taxed. Rather, SARS intends to make sure that all of the existing tax legislation directed at religious institutions and their employees are followed, and that everyone that is liable to pay tax is indeed paying their fair share.”