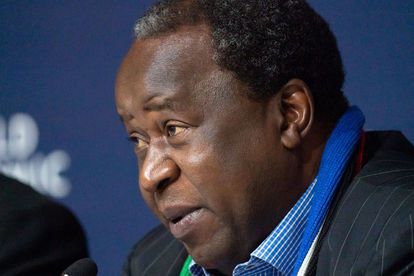 Amending South Africa’s exchange control regulations have, thus far, not been publicly flagged as a priority by Finance Minister Tito Mboweni as he prepares to deliver his Budget Speech to Parliament on 26 February.

Yet there is a school of thought that suggests scrapping the long-standing exchange controls would benefit the economy at a time when it desperately needs investment, entrepreneurship and to instil confidence in the country’s financial system.

Temba A Nolutshungu, a director of the Free Market Foundation, noted in a recent article published on the foundation’s website, that the finance minister, when he was Reserve Bank governor in 2005, said:

“For all intents and purposes exchange controls have become purposeless…the cost of exchange control administration and the inconvenience that goes with managing [it] might not be worth the exercise.”

Remarks similar to those made by Manuel, Mandela many years ago

His comments echoed similar ones made by former finance minister Trevor Manuel in 2005 and former president Nelson Mandela in 2006. Yet, to date, nothing much has changed.

“Mboweni recognised more than 15 ago that exchange controls actively discourage both foreign and local investors and create endless hassles for local businesses wishing to enter into transactions with foreigners,” said Nolutshungu.

“The costs hugely outweigh the manifestly paltry benefits of the controls. Indeed, it is surprising that the incalculable burden of forex controls on our country in lost investment opportunities, immensely material as it is, is not spoken of more frequently.”

According to Nolutshungu, new calls to scrap the remnants of what he calls an “apartheid legacy” are once again coming to the fore, this time from some of the country’s leading wealth managers and the head of Africa’s largest pension fund, the Government Employees Pension Fund.

“These calls should enjoy the hearty support of every South African who wants to see our country dig itself out of the economic cesspit into which it has been driven,” he said.

Nolutshungu believes investors naturally gravitate to countries that welcome their money and do not “arbitrarily” control private capital flows.

“Successful countries deliberately set out to create environments that attract risk-taking entrepreneurs and investors. They cut down on taxes and red tape and, most importantly, refrain from attempting to prescribe to law-abiding firms and individuals what they may and may not do with their own hard-earned, after-tax money.”

He concluded by calling for the immediate abolition of all remaining exchange controls in order to generate jobs and tax revenues.

In a 2019 article, the consulting and advisory industry website Consultancy. co.za, said one of the biggest obstacles to economic growth is the tendency for talented and successful South Africans to either move abroad themselves, or transfer their wealth offshore.

“Wealthy South Africans have come under risk of losing a substantial share of their earnings to taxes, which has prompted them either to move themselves and their business abroad, or to shift their wealth to tax havens,” it observed.

Consultancy. co.za quotes Jonty Leon, legal manager for financial emigration at Tax Consulting SA, as saying: “In my opinion, this law is quite antiquated. Over the past few years and for the foreseeable future, [it] will continue to be phased out and simplified, but the process has been slow.”