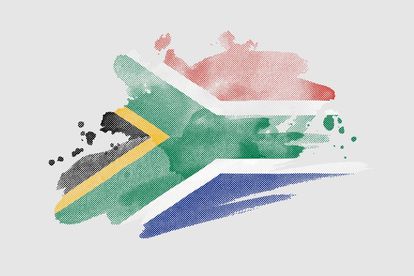 Charged with the responsibility to inspire pride, patriotism, social cohesion, nation building and positive change in South Africa, Brand SA has sought to bring to life and share how the nation is consistently ‘Inspiring new ways’ through each of its communication pieces and in every campaign. The work of South Africa’s official Nation Brand management agency has centred around its vision to nurture a nation brand that inspires its people and is admired globally, with a campaign and programme portfolio that seeks to inspire and unify civil society, business, government, and the media to strengthen the reputation of South Africa.

Brand South Africa has served the country with a passion for informing and building its national identity for 20 years. It has been a committed custodian of its mandate to manage South Africa’s Nation Brand image and reputation to improve the country’s global attractiveness and competitiveness. Brand South Africa has also consistently invested its focus and resources in Active Citizenship. Its Play Your Part programme (now in its 10th year) has been one of its most dynamic and positive contributions to communities across the country. This initiative quickly gained momentum and became a nationwide movement that inspires, empowers, and celebrates active citizenship in South Africa.

Over its two decades of Nation Brand building, Brand South Africa has collaborated with incredible South Africans whose triumphs have made the world watch in awe. Its campaigns have profiled achievements that were alive with possibility and subsequently, inspired new ways. In launching the new Nation Brand tagline in 2012, the CEO of Brand South Africa at the time, Miller Matola said, “Inspiring new ways is an overarching country position for South Africa relating to everything we do and what we are including our people, our culture and heritage, tourism, exports, governance and investment and immigration. At Brand SA, we want to inspire all South Africans to play a role in shaping the future of our country.”

Brand South Africa then went on to position South Africa as a prominent standing feature at the World Economic Forum in Davos which went on to enhance awareness of our Nation’s Brand identity, image and competitiveness. In 2016, the inaugural Nation Brand Forum emerged as a platform to positively influence the Nation Brand’s reputation through stakeholder collaborations. From time to time, Brand South Africa has also willingly supported fellow African nations in the development of their Nation’s Brand institutions and strategies.

“When South Africans unite there is no stopping the energy, the determination, the resolve. There is no stopping the purposeful steps taken at each meeting point of the deep diversity of its people. Look to the Nation Brand that is Mzansi, and you will find that, we are a country that has bucked the expected outcome, the norm, and every time we have done so, the world has witnessed remarkable turning points in our story”

There are many complex stories that narrate our brazen Nation Brand. The common plot throughout is that South Africa has a unique and resilient spirit that embodies the ultimate champion, the tireless challenger. Through the highs and lows, the South African story is a story of a nation born for its bold purpose of Inspiring new ways. As we continue to build a strong reputable nation brand, we invite you to believe in South Africa and play a huge part in creating a remarkable Brand.