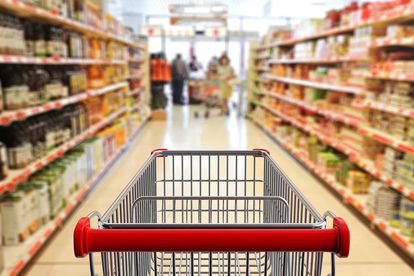 Retail sales figures in South Africa were up year-on-year by 2.6% in November 2019. This is according to data released on Wednesday 15 January by Stats SA.

While this is a glimmer of better news for the retail sector and the economy in general, it must be tempered with the reality that it is largely attributable to growing shopping activity around Black Friday, which fell on November 29 in 2019.

December Christmas sales may be hit

Analysts predict that December 2019 retail sales figures may be disappointing because many consumers are effectively doing their Christmas shopping early in order to take advantage of Black Friday deals. Indeed, this is the main reason why many shopping centre owners are now grouping their November and December sales together.

Similarly, October’s sales figures were uninspiring, probably because many people postponed their buying decisions until Black Friday or Cyber Monday. In 2019, the latter fell at the start of December.

Among the main contributors to the 2.6% sales increase in November 2019 were general dealers (non-specialised stores), with sales up 3.2%; retailers in textiles, clothing, footwear and leather goods, with sales up 2.7%; and food, beverage and tobacco retailers, with sales up by a notable 6.2%.

Siphamandla Mkhwanazi, senior economist at FNB, said improved sales had been recorded across all retail categories except cosmetics, pharmaceuticals and toiletries.

We’re a nation of bargain hunters

He believed Black Friday deals had been a key factor, as households have become more price-sensitive and are more inclined to buy goods on special.

Overall, there was still a muted demand environment in the retail sector, Mkhwanazi said. This was reflected in persistently low retail inflation figures (2.6% for the year-to-date), compared to headline inflation levels of 4.2%.

“This demonstrates retailers’ continued inability to pass on price increases amid intensified bargain hunting by consumers,” he noted.

According to data from DPO, a large payment service provider, Black Friday trading volumes rose by 400% on 29 November, compared to an average trading day. Overall there was a 35% year-on-year transactional volume growth for the Black Friday and Cyber Monday shopping period – above the company’s earlier prediction of a 30% increase.

BankservAfrica, the automated clearing house and payment system operator, said it processed just over 7-million transactions on Black Friday 2019, up 36% on the 2018 figure.

“When compared to 2018, it seems bargain hunters decided to get the best deals early with a 33% year-on-year increase in sales at midnight,” said Solly Bellingan, head of customer relations at BankservAfrica.