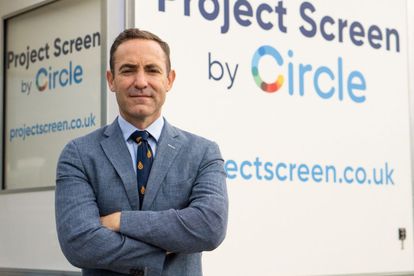 Avi Lasarow is an atypical entrepreneur. Most entrepreneurs fail, most if they succeed, do something once, and few are interested in public service as well as commercial gain.

On these measures, you might even say that Avi has been a ´failed entrepreneur´, but only because he has had an unusually upward linear path in his entrepreneurial career. Avi has created businesses serially, and has dedicated himself in service to his home country of South Africa, and now to his adopted home in the UK.

What defines a Lasarow business, over three decades?

Lasarow shares one typical entrepreneurial characteristic, in having preferred early commercial life to an over-extended tertiary or secondary education. He took a placement in a US global investment bank; before in his early twenties moving to Citi as a contractor, designing and implementing customer support technology solutions. Even at that point, Lasarow´s appetite for transcultural working was clear, as much of the technology was developed under him remotely in India.

After Avi spent a short period consulting a high growth business, developing CRM systems and platforms, Lasarow was poached back to work on a global project integrating and managing a team of 30 people across several time zones.

His study of technology and interest in fitness and wellbeing drew Avi next to his focus from the mid-2000s, dedicating himself to the interface of technology and bioscience. Much of this was DNA-related, Lasarow began a serial award-winning streak with recognition from Shell as an entrepreneur and young high achiever, and a nomination for the CBI ´Entrepreneur of the Future Award´ in 2005, and nomination as an ´HSBC Start-up Star´ in 2008. Avi´s many more recent honours follow below.

Post-2010, Avi Lasarow´s business building career then really took off, with rapid deal-making in Germany, partnerships in the US and newly free Libya, and of course in South Africa. His partners ranged from international multinational brands to working with the most well known global sporting institutions and governments including the UK Home Office, Her Majesty Prison Service, World Anti Doping and many more.

After the successful sale of his first DNA testing business, he founded DNAFit in 2013, which achieved immediate traction for Avi and his investors. DNAFit offered testing in the area of fitness and wellbeing as a first-to-market innovator. Lasarow sold the business to Prenetics, the pre-eminent Southeast Asian genomics healthcare company, in 2018. In 2017, Avi had already received recognition with two Queen’s awards for industry, and one for exports from the Board of Trade presented during the visit of The Rt Hon Theresa May (UK Prime Minister) visit to South Africa.

The acquisition opened a new and dynamic phase, in response to the global health crisis. In March 2019, Prenetics UK (the hub of the Europe Middle East and Africa (´EMEA´) operation) employed 12 people. Today 500+. And it comprises more than half the revenue base of a business that is about to be listed on NASDAQ for some ($1.7bn). The journey has been no less than remarkable.

A famous general once said ‘where there is movement, there is opportunity´. None of us could foresee, even less want, the catastrophe which rapidly emerged in the winter of 2019/2020. In the UK, the first real alarms were horrifying video reports from Northern Italy and overflowing intensive care units in Milan and other great and developed cities. In the UK, we have run our health service on a marginal basis, as a fully tax-funded service, free at the point of delivery. A unique global model, and one that is uniquely vulnerable perhaps as a result to unexpected surges of patient admission. We could all see that the UK might well be overwhelmed.´

´The UK government did not rapidly adopt a severe lockdown, and early on said that testing would be at the heart of our efforts until vaccines could be developed. At the time, a vaccine programme seemed much further away than the 9 or so months it turned out to be for most vulnerable groups. The NHS was dealing with near mortal admissions, including in the event of the prime minister, and it was not obvious that testing capacity would be up to the job.

Fortunately, we had the science base, agility and innovation mindset – coupled with the experience emerging out of Asia – to be a key part of the solution. ´

On a massive ramp-up of testing capacity, Prenetics and Avi Lasarow joined the big ships of the state with a fleet of so-called little ships from the private sector adding value at every turn. A turnkey contract was with the Premier League, and many other sporting organisations, to support the completion of the football season and provide the country with relief from lockdown and the mental health challenges of isolation at home. The gold standard model developed by Avi and the team was showcased as a way private partnerships could be used successfully to increase UK testing capabilities at a time when so much and so little was known.

The company – through Avi´s leadership of these endeavours – is credited with helping to open up: UK Sport with “Project Restart”; travel, with the first outbound testing programme between Hong Kong and the UK; and later the ports of entry in “Back to Sail” working with Carnival, Disney Cruise Liners and others.

In February 2020, Avi Lasarow formed part of the acquisition of a leading research capability in Oxford, Oxsed, as well as pioneering laboratory capacity development in Orpington and Greenwich. Speaking of the challenges, Lasarow says:

´I rather like the Chinese definition of a crisis being the other face of opportunity or the same word in some dialects, and I did not imagine our team would respond so well to become the 500+ strong business we are today. My deepest thanks to our people is what I feel most strongly – without them this could not have been done´.

Avi Lasarow has not allowed the core focus on building Prenetics EMEA to eclipse service though. He has always argued that success in business is a call to duty ahead of personal needs. He has been an active campaigner in the time of Covid to remove VAT on the private sector which has so supported the NHS in test provision. He was a co-founder of the Laboratory and Testing Industry Organisation which has fought successfully for industry standards and the elimination of cowboy practices in this new, and initially loosely regulated sector.

Since 2012 Avi has served as Honorary Consul to South Africa, promoting trade and investment between the UK and his home country of birth.  He is an active philanthropist, and mentors entrepreneurs and young people in both countries as part of City Livery Company, “The Company of Entrepreneurs”.  He has found time for family life, as the father of five children, and now a resident of Kent, England. If he has a pastime, it is cycling and keeping fit. As he says: ´very hard to lead a health business without living the part, which is not to say I need to beat Jo Wickes on the Peloton yet!´.

Avi is also a Freeman of the City of London, and recently joined the Health Council of the Confederation of British Industries (CBI).

In terms of the future, Lasarow has a clear vision:

´Of course, we have taken time with the team to recognise our work and championship in the sector of the last two years. The forthcoming group listing on Nasdaq will validate that, as have all of the global team´s efforts throughout the period.

But we are fully aware of the challenges now. An endemic virus, rightly reducing barriers in terms of testing for work and travel. Particularly from the west and in many high growth economies too, we see a global pivot to self-diagnostics as part of the way of living. The days when you did not seatbelt your kids, or even skied or cycled without a helmet, are past.  We see our culture with testing akin to these scenarios in the behaviours we all now wish to show.

We see consumers asking for solutions, not necessarily government-based, to self-testing across a range of health issues, including the big ones like cancer where the technology is there to detect very early with home kits. You will be hearing a lot more from us in the months ahead on this.

If I have one learning from my last two years, for business and life, it is that a team that believes in work and integrity can rise quickly to huge challenges.

My advice to young entrepreneurs is to find something you love to do, align it to the wellbeing of your community and other stakeholders, and the money will be one of the satisfactions which will follow. If there is a ´Lasarow method´, this is it.´

Avi Lasarow is nothing if not a cheerleader, and many would say rather more than that on his track record to date.