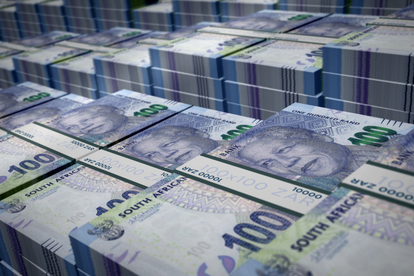 Rand Report: Another tough week for the Rand. Image: AdobeStock

Rand Report: Another tough week for the Rand. Image: AdobeStock

Last week, South Africa’s GDP growth data came in worse than expected, with disappointing retail sales figures as well. Then there were the comments made by the International Monetary Fund (IMF) on the state of South Africa’s state-owned enterprises (SOEs), the blatant corruption within the SEOs and its effect on the credit rating of the country. The IMF suggested these should be liquidated and taken out of government hands.

On Monday morning, the rand held steady against the dollar, despite the news that President Cyril Ramaphosa had tested positive for Covid-19. South Africa has experienced a spike in infections, while hospital admissions and deaths remain low. The National Coronavirus Command Council is expected to meet today to discuss the way forward as the country battles the fourth wave of infections.

On the global data front, Wednesday will be an important day with the release of US retail sales, the Federal Open Market Committee (FOMC) economic projections and the Fed interest rate decision. The upcoming press conference is equally important, as it will indicate when the market can expect interest rate hikes and changes to its bond-buying programme.

In the UK, the unemployment rate figures will be released on Tuesday and the inflation data on Wednesday. The main event on Thursday is the Bank of England (BoE) interest rate decision. The BoE has been slowly indicating the possibility of a rate hike. Although the rate hike is not expected at this meeting, the tone of the meeting and member votes will be noteworthy. On Friday, retail sales data will be released, which is expected to increase month-on-month.

Locally, November’s inflation rate will be released on Wednesday. The South African inflation rate is expected to increase to 5.2% from 5% in October.